LAHORE (92 News) – The Indian Ministry of External Affairs demanded Pakistan for return of IAF pilot Wing Commander Abhinandan Varthaman. According to the details garnered, the India did not identify the person in question firstly and tried to remove identification of Abhinandan Varthaman. The India also removed all the data of IAF pilot – who is in custody of Pakistani forces – from the website soon after his video of arrest surfaced in the social media. 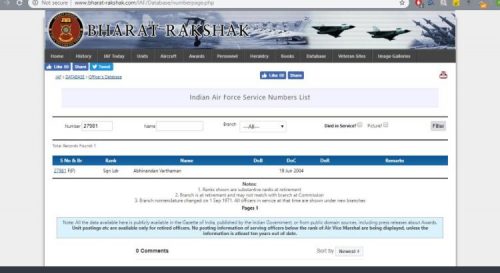 After short a while, when the video of IAF pilot surfaced and introduced himself, the India confirmed the pilot identity and demanded his immediate release. “Pakistan would be well advised to ensure that no harm comes to the Indian defence personnel in its custody. India also expects his immediate and safe return,” the Indian foreign ministry said. 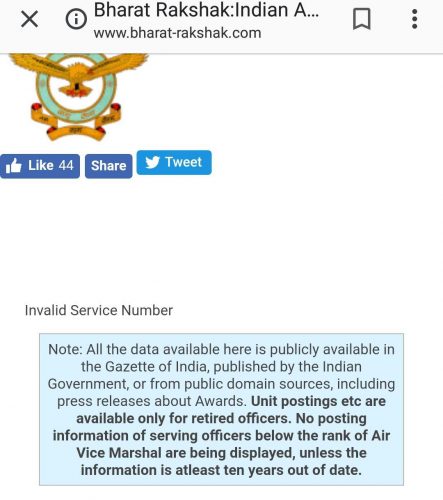 It is pertinent to mention here that Wing Commander Abhinandan Varthaman, who was taken into custody by the armed forces on Wednesday, is an Indian air force pilot. The detained Indian pilot is said to be the son of a retired Air Marshall and was flying a MiG 21 Bison jet on Wednesday that was shot down by Pakistan Air Force (PAF) with the pilot taken into custody. Soon after the attack, a footage of the captive was released, in which he can be heard saying “My name is Wing commander Abhinandan. My service number is 27981. I am a flying pilot. My religion is Hindu,” the arrested Indian pilot revealed. The federal government had also decided to summon a joint parliament session on Thursday (tomorrow) to discuss the prevailing situation. https://www.youtube.com/watch?v=saubiavl6Xc

Indian pilot Wing Commander Abhinandan Varthaman – who was taken into custody by Pakistani forces – has appreciated the Pakistan Army. In the video clip, circulating on social media, Abhinandan is holding a cup of tea thanked Pakistan Army Captain and his team for rescuing him from mob. “What is your name?” asked the army officer. “Wing Commander Abhi Nandan,” replied the pilot. “I hope you have been treated well with us,” he asked. “Yes I have. I would like to put this on record and I will not change my statement if I go back to my country. The officers of Pakistan Army have looked after me very well. They are thorough gentlemen, starting from the captain who rescued me from the mob and from these jawans, the soldiers. And thereafter the officers of the unit which I was taken to,” replied Abhi Nandan. “This is what I expect my army to behave and I am very impressed by the Pakistan Army,” he asserted. “Ok wonderful. So Wing Commander! You hail from which place in India?,” the army officer asked. “Am I suppose to tell you this? I am sorry Major! I am from down South. “Are you married?” came the question. “Yes I am,” said the pilot. "I hope you like the tea?" asks the officer. Nandan replies: "The tea is fantastic, thank you." “Not going into the specifics. Which aircraft were you flying?” questioned the army officer. “Im sorry Major. I am not supposed to tell you this but I am sure you found the wreckage," answered Abhi Nandan.

The army officer also asked the IAF pilot about his mission responding to which he stuck to his previous reply that he is not supposed to reveal the details.