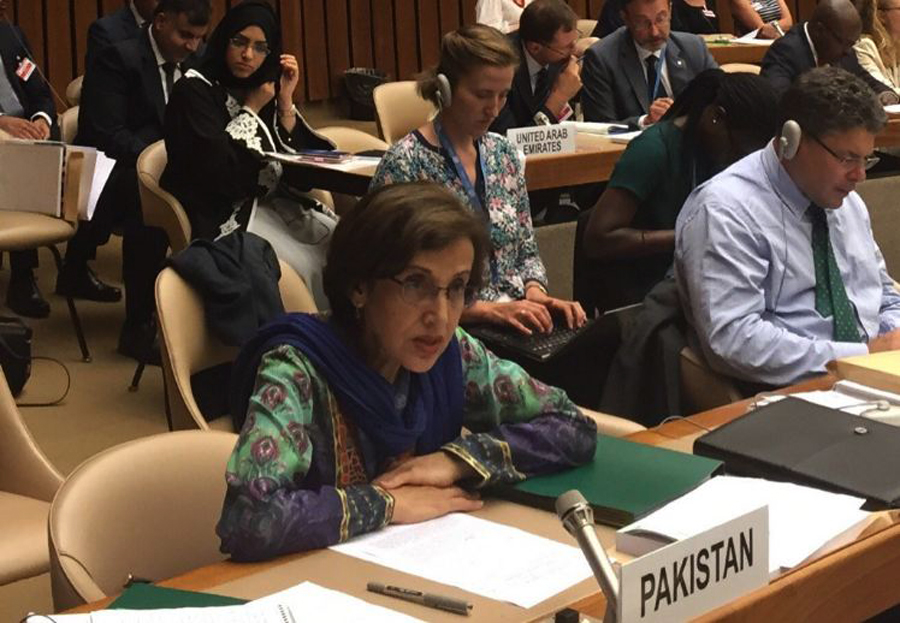 WASHINGTON (92 News) – Pakistan's Permanent Representative to UN Ambassador Tehmina Janjua has impressed upon the UN Human Rights Council on Friday that Kashmiri people's right to self-determination is not only enshrined in the foundational documents of the UN, including the UN Charter, but has also been unequivocally endorsed in the UNSC resolutions. She further added that the people of Indian Occupied Jammu and Kashmir have been struggling for over six decades to realize this right to determine their own future. “For this, they are paying a terrible cost. Over 100,000 Kashmiris have lost their lives since 1989.” The International People's Tribunal on Human Rights & Justice in Kashmir (IPTK), a credible NGO, published a 100-page report that not only confirmed the presence of unnamed and unmarked mass graves, but also through DNA tests confirming that the graves were of individuals who belong to Indian Occupied Jammu and Kashmir. This is proof of fake encounters in which indigenous Kashmiris have been killed using the false pretext of infiltration. She informed the Human Rights Council that in over last two months since Burhan Wani's extrajudicial killing on July 8, more than 100 Kashmiris have been brutally killed, 10,000 are injured, and over 700 have sustained injuries in their eyes due to use of pellet guns, causing complete or partial blindness. The ambassador added that India is desperately seeking to deflect attention from its state terrorism by claiming that the uprising has no internal roots and equating the Kashmiri struggle with terrorism. She urged the international community to take immediate note of the rampant continuing human rights violations and make a clear call for ending the bloodshed in IOK. “A fair, independent and transparent investigation should be conducted for extrajudicial killings, including the ones that have surfaced in the form of unmarked mass graves, and other human rights violations by the Indian occupation forces. The Human Rights Council should unequivocally support the High Commissioner's concern regarding the serious issue of the use of excessive force by Indian authorities against the civilian population in Indian Occupied Jammu and Kashmir, and his call for a fact-finding mission to be sent to IOK,” she concluded.