India determined to return to winning ways at World Cup 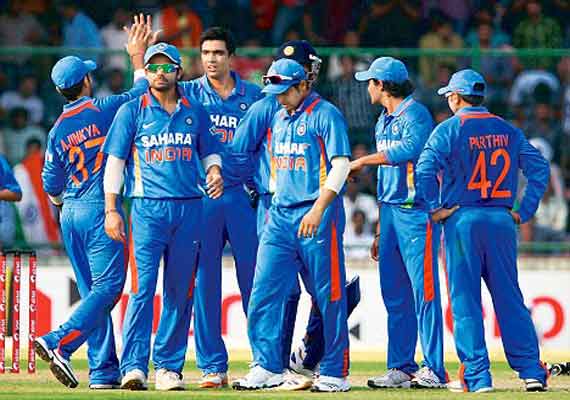 India determined to return to winning ways at World Cup

NEW DELHI: India will have to quickly re-discover the art of winning if it wants to retain the World Cup. The India squad goes into the tournament with only four survivors from its 2011 World Cup winning lineup, and seemingly out of sorts following a Test series loss in Australia and a failed tri-series campaign. Injuries to opener Rohit Sharma, allrounder Ravindra Jadeja and pace bowler Ishant Sharma denied the squad time to settle in the run up to the World Cup and captain Mahendra Singh Dhoni's decision of moving premier batsman Virat Kohli down to the batting order to No. 4 was unsuccessful. Dhoni, who announced his retirement from Test cricket after surrendering the series to Australia in December, was confident his squad was capable of coming back strongly. “You may say it is a bit of pattern, which we need to change,” Dhoni said. “We should be able to do that with this break over here and a bit more time to think about the game. I think the guys will come back strong.” Batting is considered India's strength but its hopes of acclimatising to the conditions were not exactly positive as it managed scores of 267, 200 and 153 in the three completed innings of the recently-completed ODI tri-series against Australia and England. Sharma's 138 against Australia at Melbourne in India's first ODI was the lone bright spot. Kohli failed to reach double-figures in the ODIs after amassing 692 runs with four centuries in the preceding Tests. Ajinkya Rahane, a stand-by opener but a regular in the ODI squad, was getting runs but Shikhar Dhawan was totally out of colour. Dhoni and Suresh Raina batted well in patches. Though Rohit Sharma, who has two double-centuries in the ODI format, along with Dhoni and Kohli are capable of winning matches, the 2015 squad lacks the star power of the Indian lineups that boasted names like Sachin Tendulkar, Virender Sehwag, Yuvraj Singh, Zaheer Khan and Harbhajan Singh. Yuvraj, and to an extent Sehwag, had struck form in domestic games ahead of the World Cup squad announcement, but were not considered as selectors took a long-term view. “There are a lot of big names missing and the team lacks experience as compared to the 2011 squad,” 1983 World Cup-winning captain Kapil Dev said. “However, this team has the energy and enthusiasm. They have the fighting spirit. That will hopefully take them ahead.” India, which became the first team to win the World Cup on home soil when it beat Sri Lanka in the final at Mumbai four years ago, could take comfort from the fact that it also triumphed away from the sub-continent at the Champions Trophy in England in 2013. But it will have to find its rhythm fast. Second-ranked India is placed in Pool B, and plays its two toughest matches early. India has never lost to Pakistan at the World Cup but will face the challenge of striking form straight away against the arch rival in its first game at Adelaide on Feb 15. Then comes the match against strong title contender South Africa a week later at Melbourne. The West Indies, Ireland, Zimbabwe and the United Arab Emirates are teams which India should be confident of beating but final placing in the group will be important for teams advancing to the quarterfinals.