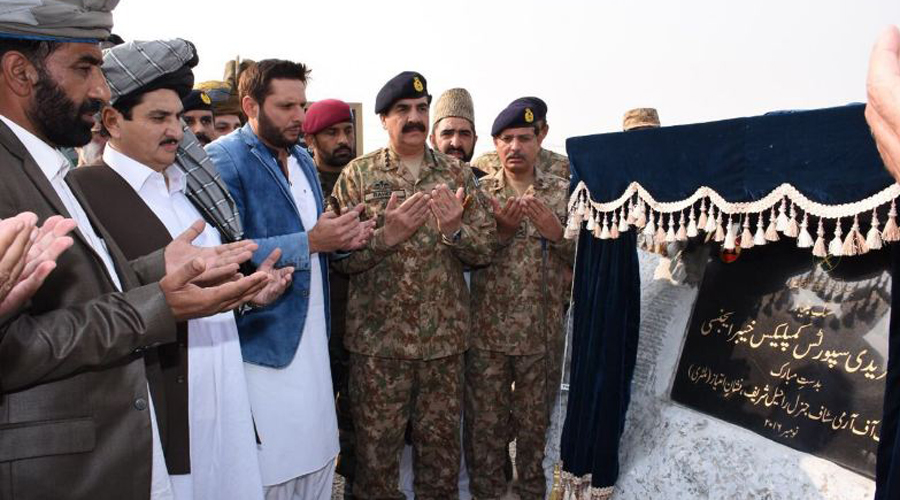 RAWALPINDI (92 News) – Chief of Army Staff General Raheel Sharif has said that India does not know about the surgical strike. He was addressing tribal elders after inaugurating Shahid Afridi Stadium, Khyber Agency, on Wednesday. “If we conducted a surgical strike, India will teach it to its youngsters in syllabus. Pak Army Jawans can teach Indian army a lesson,” he maintained. He said that they and tribal people have fought the menace of terrorism jointly over the years and it has woven us eternally in an unbreakable bond. He thanked the tribal people for rendering full support to Army in cleansing their areas of terrorists, and praised them for their audacity and steadfastness. Shahid Afridi Cricket stadium will be built by Army Engineers at Bara. The stadium has been named after renowned cricketer to honor him for his services for Pakistan and is being built as part of sports infrastructure to explore talent and harness youth from the FATA. 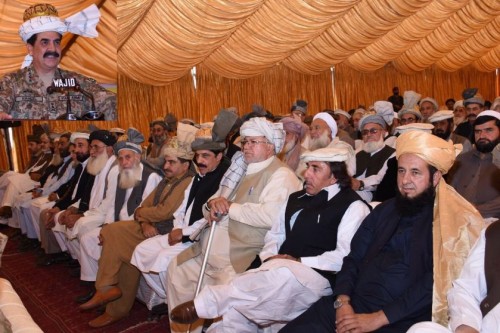 Tribal elders paid their gratitude to Gen Raheel Sharif for Army's extra efforts in ensuring dignified return and quality reconstruction in entire FATA. On arrival at Wana, Lt Gen Hidayatur Rehman received the COAS and accompanied him through his tour in FATA. At Wana he addressed officers and soldiers from Army and Frontier Corps. He commended them for successfully unhinging terrorists from their sanctuaries in FATA and destroying their infrastructure. “Alhamdolillah, with support of the nation, we have completed the cycle of counter-terrorism operations in such unique and comprehensive way. Our stabilization operations and resettlement phase are helping us consolidate our gains,” he said.