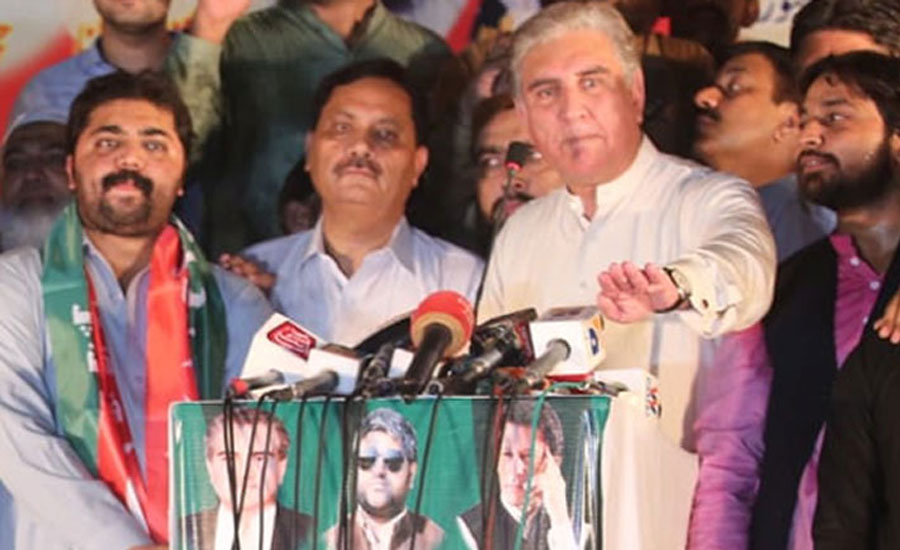 ISLAMABAD (92 News) – Foreign Minister (FM) Shah Mehmood Qureshi said that India has divided on Kashmir issue over the decision of Modi government for scraping the special status of Jammu and Kashmir. Addressing a public gathering in Multan, FM Qureshi admired the Kashmiris for their courage and high morale to stand like a rock against Indian atrocities. Expressing solidarity with Kashmiri people, the minister mentioned that the innocent Kashmiri people are being martyred after violence. “Is Modi has courage to hold a rally in Srinagar after lifting curfew. Indian Supreme Court also has courage for justice or become helpless before Indian government,” he questioned. FM Qureshi assured that Pakistan would continue to support Kashmiris in their just struggle for right to self-determination. He also said Pakistan has raised the Kashmir issue at every world forum. The foreign minister informed that during his visit to Geneva he apprised ambassadors of OIC about the grave human rights violations in the Occupied Kashmir. He urged people to show unity and stand against Indian atrocities with one voice. FM Qureshi said that the whole nation stands behind the armed forces, who are fully prepared to counter any aggression by India. He said the PTI government is exposing the RSS face of Modi government before the world. The minister said the whole world is criticizing the Modi government and increasing pressure on it to stop human rights violations in the Occupied Kashmir. Earlier, FM Qureshi has said that today the world echoed with the voice of oppressed Kashmiri people as Prime Minister Imran Khan highlighted the Kashmir issue at international level. Speaking in the National Assembly on Friday, the minister said that Pakistan has effectively and forcefully highlighted the Kashmir issue at the international level under the leadership of Imran Khan. Shah Mehmood Qureshi has said that India has faced humiliation in UNHCR after 58 countries supported Pakistan’s stance on Indian Occupied Kashmir issue. “Government of Pakistan and its people are on same page on Kashmir matter,” he added.