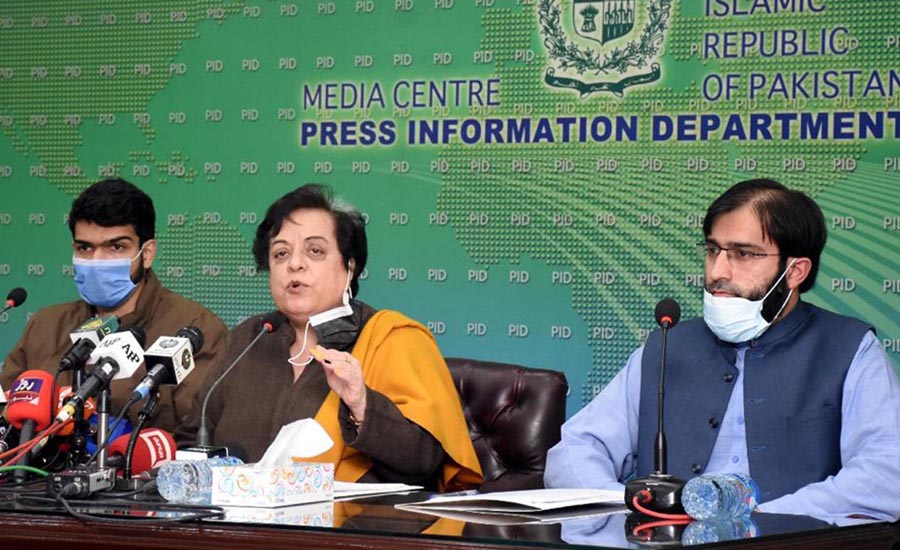 ISLAMABAD (92 News) – Son of Dukhtaran-e-Millat chief Asiya Andrabi said that India had imprisoned his parents for the years.

Addressing a press conference with Federal Minister for Human Rights Shireen Mazari said that he did not know about the condition of his parents.

"India has also imprisoned several other Kashmiri leaders. My father has spent her 15-20 years in jail," he added.

He said that Pakistan should demand the formation of an international tribunal over worsening situation of human rights in Indian Illegally Occupied Jammu and Kashmir (IIOJ&K).

She asked the world to interfere in the matter of the health of Asiya Andrabi. "Why is the world silent over the fascist steps of India?" she questioned.