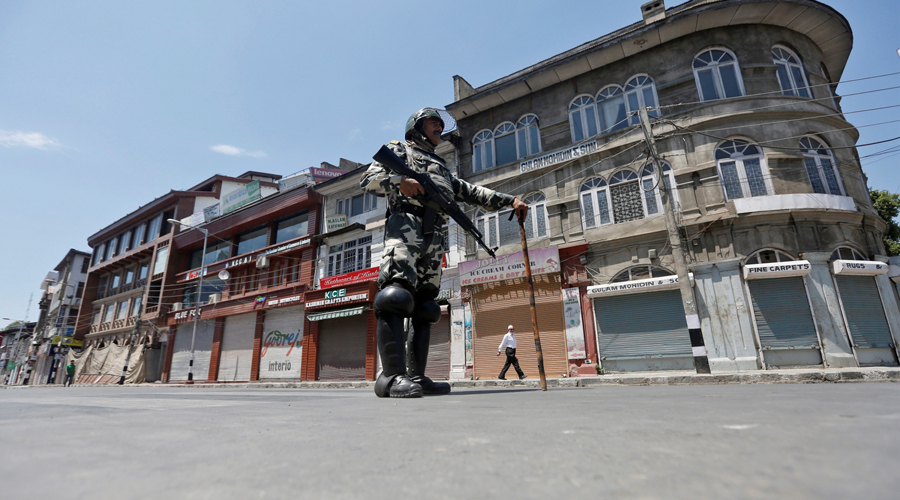 SRINAGAR (92 News) – At least ten districts of the Occupied Kashmir are under curfew on Tuesday. It is for the first time in many years that the puppet authorities imposed curfew in the held valley on the occasion of Eidul Azha.
The people are confined to their homes and roads give a deserted look.  Eid prayers were not offered in Eid Gahs. Jamia Mosque Srinagar and Hazratbal Shrine are shut for people.
Helicopters and drones are carrying out surveillance.  Indian Security forces are patrolling the streets to enforce curfew. Restrictions on the assembly of people have been imposed in view of the call by the All-Party Hurriyet Conference for a march to the local offices of the United Nations, coinciding with the opening of 71st Session of the UN General Assembly in New York on Tuesday. At least 82 people have been killed in the fresh movement for right to self-determination in the occupied Kashmir. Opposition National Conference strongly criticised curfew on the eid day and said  it vindicated the party’s stance that the Mehbooba Mufti government had no control over the situation.