India must stop its brutalities in occupied Kashmir: Fawad 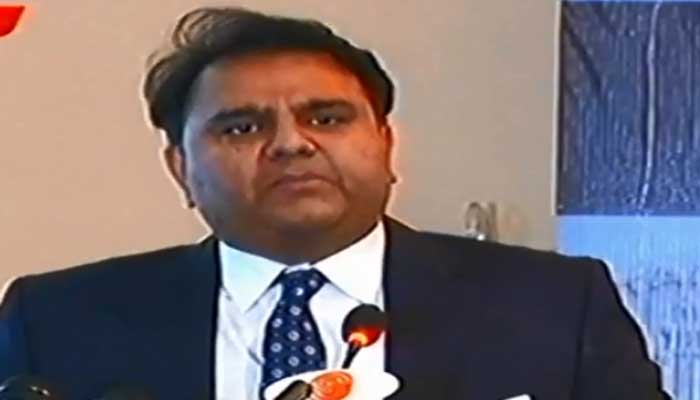 India must stop its brutalities in occupied Kashmir: Fawad

ISLAMABAD (92 News) – Minister for Information Fawad Chaudhry said on Monday that Pakistan desire peace in Indian Occupied Kashmir but for the purpose India must stop its brutalities in occupied valley. Addressing an International Conference titled “Indian State brutalities in Occupied Jammu and Kashmir”, the minister said that Pakistan wants trade with India but for this purpose Indian side should have to move forward also. Fawad Chaudhry also termed that India cannot suppress the struggle of Kashmiris through the use of brute force and persecution. He has said Kashmir is not a dispute between Pakistan and India but it is a global issue. Theinformation minister said Pakistan desire peace in occupied Kashmir but for the purpose India must stop its brutalities in occupied valley. He called on India to give due rights to Kashmiris as the independent states gives to their citizens. “Kashmir is neither a part of India, nor will it ever be,” he mentioned. “Bloodshed intensifies an already burning fire, it does not douse the blaze,” he added. The minister further reiterated that Pakistan wants peace and invited India for a dialogue to resolve all outstanding issues. “Under no circumstances is it allowed for any government to open fire on peaceful demonstrators,” the federal minister said, adding that, New Delhi will never succeed in muzzling the organic freedom movement in Kashmir. “The treatment of Kashmiris only adds fuel to the fire… genocide in the valley must come to an end,” he added. Earlier in a statement, the minister said the entire nation is united against the threat of Indian aggression. He said all political parties are on one page on Pakistan's solidarity and the whole nation stands by the armed forces of the country. Last year, the United Nation’s office of the High Commission for Human Rights (OHCHR) issued its first-ever report on the situation in Kashmir June 14.