India on top after early wickets 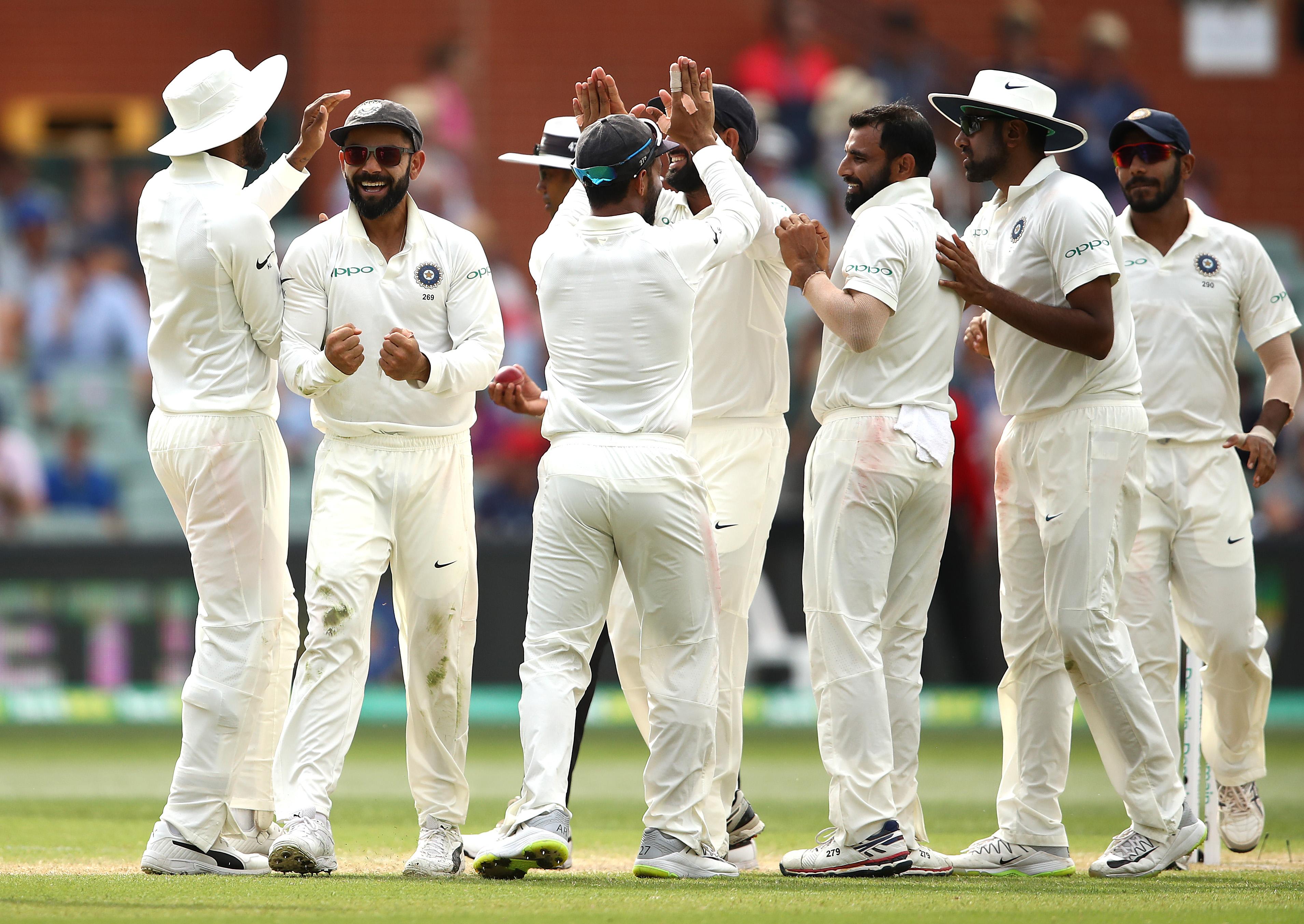 India on top after early wickets

Pujara and Rahane scored in their seventies to power India to 307 despite a lower-order collapse. Their bowlers then chipped away at Australia's top order to put their side in complete control. Things started poorly for the hosts with the bat, and there wasn't any reversal of fortunes through the course of the day. Aaron Finch received a reprieve early when he was trapped plumb in front by Ishant, to be saved on review only because the tall fast bowler had overstepped. Shortly later, he was adjudged caught behind off Ashwin for 11. This time he walked off without reviewing although replays suggested he might have been safe. His opening partner Marcus Harris never looked too comfortable at the crease, and soon nicked one behind to fall for 26, paying the price for flashing at a Mohammed Shami delivery. Usman Khawaja and Shaun Marsh showed signs of buckling down and digging in, but India were relentless in their accuracy and kept mounting the pressure. Khawaja started getting restless, and tried to break the shackles by hitting Ashwin over his head, instead miscuing it to deep cover to fall for 8. Peter Handscomb too started relatively solidly even though the Indian quicks as well as Ashwin kept beating the outside edge every now and then. But he too fell playing a rash shot, failing to keep his pull-shot down to get caught at mid-wicket off Shami for 14. Marsh, on a battling 31, and Travis Head, 11, then saw out the remaining few overs to stumps. 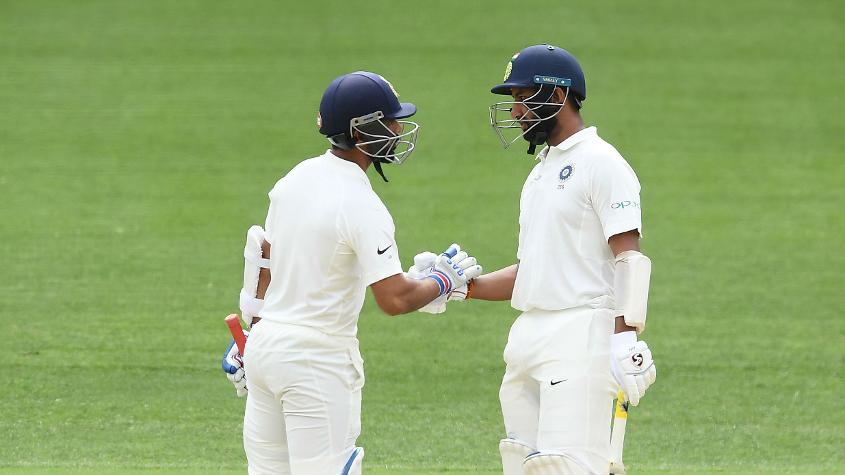 Ajinkya Rahane and Cheteshwar Pujara put up a fine 87-run partnership to prop India up
The day began with India at 151/3. Cheteshwar Pujara, resuming at 40, looked his usual solid self and ticked the scoreboard over without too much trouble. Ajinkya Rahane, who hasn't been in the best of form recently, too dug in, and opened up to play some fine strokes. The duo stitched up a fine 87-run stand to build on India's already strong position. The partnership was finally broken by Nathan Lyon, who got Pujara to glove a catch to short leg for 71. After that stand, India looked to up the ante and Rohit Sharma perished cheaply in doing so, jabbing a simple catch off Lyon to silly point, where Handscomb put in a good diving effort to send him back for one. Rishabh Pant played a cameo of 28 from just 16 balls before becoming the fourth of Lyon's six victims, holing out to deep cover. Rahane batted well to get past his fifty, and scored more freely once he reached the milestone. He was finally caught out at point for 70 when he played a false reverse sweep off Lyon. Mitchell Starc joined the party in India's lower-order collapse removing Ashwin and Ishant Sharma cheaply either side of the Rahane dismissal, and Lyon finished things up when Shami tried to hit him out of the park, but could only hole out to deep mid-wicket. India lost their last five wickets for just 25 runs to get bowled out for just over 300, but combined with their first-innings lead of 15 runs, it was always going to be a steep ask for the young Australian line-up. Things are looking grim for Australia as of now, but if Marsh and Head can make their starts count, Australia could make a fist of the chase.