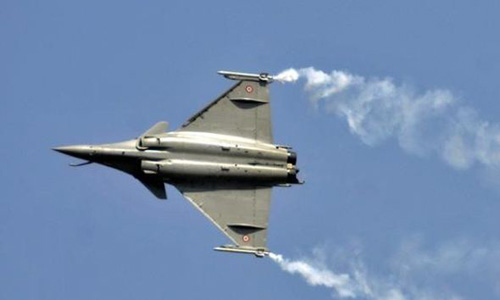 NEW DELHI - Indian Prime Minister Narendra Modi said on Friday he had ordered 36 "ready-to-fly" French-made Rafale fighter jets to modernise his country's ageing warplane fleet as neighbouring states upgraded their military hardware. Indian military officials have warned that their air force risks a major capability gap opening up with China and Pakistan without new western warplanes or if local defence contractors cannot produce what the military needs in a timely manner. "I have asked President (Francois Hollande) to supply 36 ready-to-fly Rafale jets to India," Modi said at a news conference on the first day of a state visit to France. "Our civil servants will discuss (terms and conditions) in more detail and continue the negotiations," he said, speaking in Hindi through an interpreter. The deal, another boost for French manufacturer Dassault Aviation (AVMD.PA) after it sealed its long-awaited first export deal to Egypt in February, could be worth about 4 billion euros. President Hollande said Defence Minister Jean-Yves Le Drian would travel to India soon to finalise the deal. India and France have already been in exclusive negotiations for three years. The value of a larger 126-plane deal being negotiated is estimated to have grown to about $20 billion from an initial $12 billion, primarily because of an Indian requirement that 108 of the jets be built in the country. A French defence ministry source said the deal announced on Friday was separate from the original negotiations and came about after new Indian Defence Minister Manohar Parrikar indicated the country's urgent requirements. "We informed them we were ready to respond to their operational needs separate from the tender under discussion for three years," the source said. India's military has said it needs to start replacing its ageing jet fleet from 2017. "There was a real operational need because India needs combat jets because a certain number of countries have been equipping themselves, so there was a desire to speed up the process," Dassault Chief Executive Eric Trappier told Europe 1 radio. The country already has previous ties with Dassault, having bought Mirage 2000 fighter jets. In March, Dassault delivered two modernised Mirage jets to India. Analysts say Dassault's deal with Egypt may have helped break the logjam in negotiations with other customers, since they are now on notice that if they want to have Rafales they may have to wait for them. 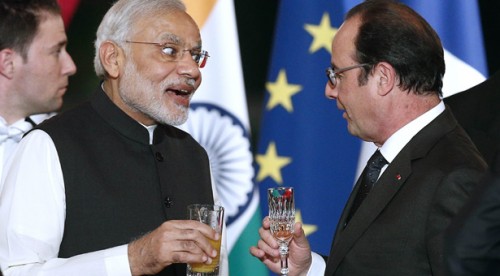 Since the Egypt deal, Dassault is in the "final stage" of negotiations to sell up to 36 Rafale warplanes to Qatar. It is also in talks aimed at supplying 16 of the multi-role combat jets to Malaysia and has resumed discussions over potential fighter sales to the United Arab Emirates (UAE), the source said. Tensions in the Middle East, instability in eastern Europe and concerns in parts of Asia about regional border threats and the rise of China have further fuelled the arms race, but shifts and sudden reversals in the various industry talks are common. - Reuters