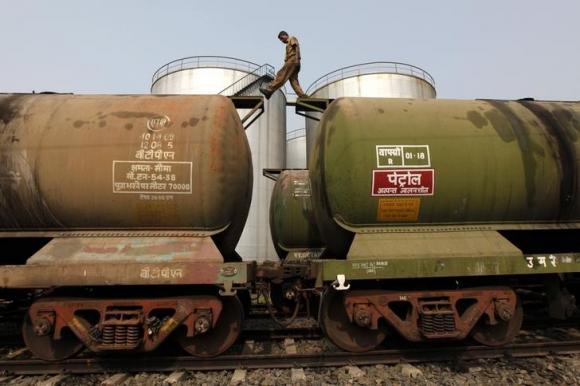 NEW DELHI – India owes about $8.8 billion for oil imports from Iran, India's trade minister said on Friday, as economic sanctions imposed over Tehran's nuclear programme have cut its access to the global banking system and hit its oil revenue. Iran and Western powers are in talks to reach a framework agreement ahead of an end-March deadline to curb Tehran's most sensitive nuclear activities in exchange for a gradual end to sanctions on the OPEC member. India refiners settle 45 percent of Iranian oil payments by depositing rupees in Tehran's commercial banks' account with UCO Bank, and withhold the remaining 55 percent. Iran taps funds in the rupee account to import goods from India. The balance in Iranian commercial banks' accounts with UCO Bank was 178.955 billion rupees ($2.86 billion) as of March 16 while refiners owed Tehran $5.943 billion as on Feb. 28, Nirmala Sitharaman told lawmakers in a written reply on Friday. Refiners usually release funds for Iran from the 55 percent payment as and when the West allows Tehran access to frozen funds overseas. New Delhi is keen to narrow its trade gap with Tehran, and has allowed India exporters to import non-sanctioned goods into India for sale to Iran. "The Ministry of Finance has decided that payments to the extent of $100 million per month for such third-country exports to Iran would be allowed from the 45 percent rupees vostro account held with the UCO Bank," Sitharaman said. Payment over and above $100 million per month would be met from the 55 percent component held by refiners, she said. India, Iran's top client after China, has been reducing its imports from Iran under pressure from Western sanctions. –Reuters