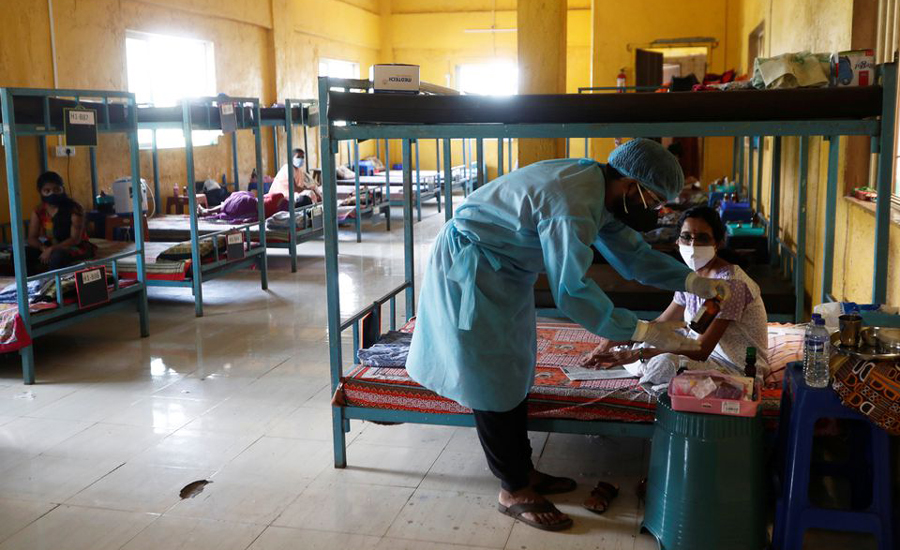 The country's overall case load now stands at 26.95 million, while total fatalities are at 307,231, according to health ministry data.

Meanwhile, the Indian government leaders have appealed to farmers to call off a mass protest this week for fear it could prove a viral 'super-spreader' event.

Over a third have died over the past three weeks during a devastating second wave fuelled by a new virus variant detected in India, mass political and religious gatherings, and lowering of the guard by the public, health officials and experts say.

Now farmers have stirred fresh alarm by saying they will hold mass protests across the country on Wednesday to mark six months of their campaign against deregulation of agriculture markets.

Farmers are camped out on Delhi's outskirts despite a great risk of infection to themselves, the joint committee of farmers organisations said in a letter to Prime Minister Narendra Modi, urging him to repeal laws to liberalise the farm sector.

"We have no desire to expose the protesting farmers or anyone else to avoidable health hazards," the letter said.

But challenging laws that would make farmer livelihoods vulnerable to corporate agri-businesses is itself a life and death matter, it said.