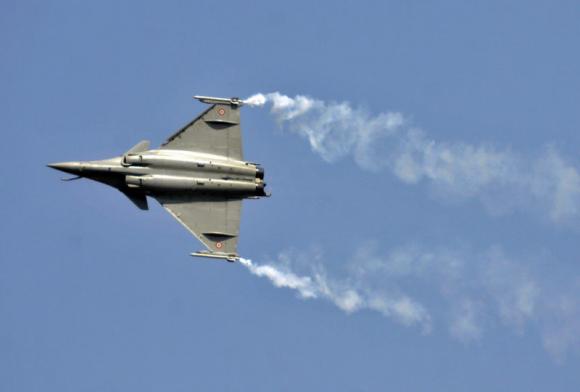 PARIS (Reuters) - Talks on the sale of 126 Rafale fighter jets to India are advancing, a French defence ministry spokesman said during a visit to India by Defence Minister Jean-Yves Le Drian to salvage a deal stalled on the issue of local assembly of the aircraft. Talks about the contract, worth a possible $23 billion, have been going on for more than three years. "Things are advancing, but we will make an announcement when the contract is concluded and not before," the spokesman said. One major sticking point has been over who would be responsible for the manufacturers' guarantee on 108 of the 126 jets which could be built in India by Hindustan Aeronautics. India wants maker Dassault Aviation to take full responsibility. The remainder would be constructed in France. The Business Standard newspaper wrote last week that the contract talks may be dead, but the sale earlier in February of 24 of the fighters to Egypt has reignited Dassault's hopes of closing more negotiations. Dassault Chairman and Chief Executive Eric Trappier told Reuters in January he hoped to sign a deal this year. Prime Minister Narendra Modi is set to visit France in April. Indian defence ministry officials could not be immediately reached for comment.