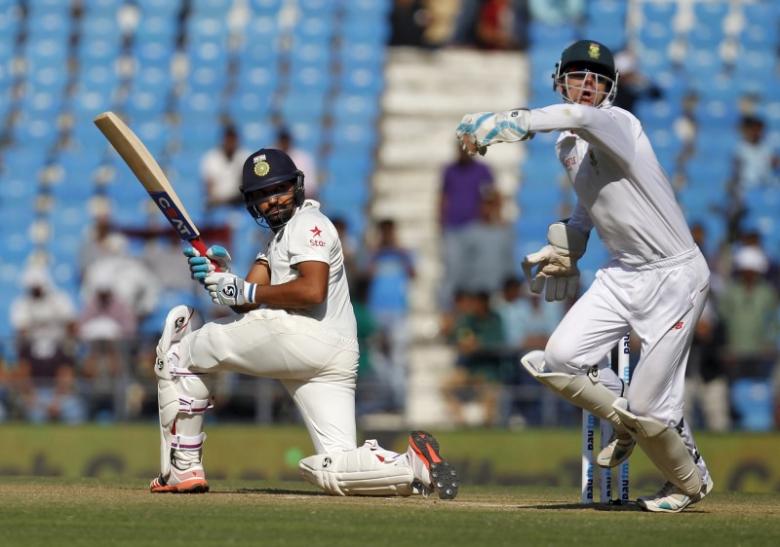 MUMBAI - India retained opener Shikhar Dhawan and middle order batsman Rohit Sharma on Monday for their three-test home series against New Zealand beginning in Kanpur later this month. The selection committee reposed faith in 15 of the 17 players picked for the tour of West Indies with all-rounder Stuart Binny and seamer Shardul Thakur being the players to miss out. The 29-year-old Rohit is an automatic choice in India's limited-overs sides but has failed to replicate that form in the five-day format, averaging 32.62 with the bat in 18 tests. "Rohit is a fabulous player and has got immense talent but he hasn't got a longer run in test cricket," chairman of selectors Sandeep Patil told reporters. "He is picked for one test match then rested for say entire season and then picked again. "So we feel that whoever, I am not saying only Rohit, will be picked will be given a fair amount of chances here onwards." Rohit scored nine and 41 in the third test in West Indies at Gros Islet and did not get a chance to bat in the final match of the series at Port of Spain, which was washed out with the visitors winning 2-0. Left-handed opener Dhawan's place was also under scrutiny after he was dropped for the fourth test against West Indies following scores of 27, 26 and one in his three previous innings in the Caribbean. The emergence of Lokesh Rahul, who was named in the 15-member squad, as an opener has put further pressure on Dhawan to perform after the 24-year-old right-hander scored two hundreds and a fifty in four innings against West Indies in tests and a Twenty20 international. Off-spinner Ravichandran Ashwin, who also scored two centuries against West Indies after being promoted in the batting order, will lead India's slow-bowling attack, aided by leggie Amit Mishra and left-arm spinner Ravindra Jadeja. Mohammed Shami, Ishant Sharma and Umesh Yadav were the three pacemen in India's squad. "India had a good series in West Indies and it's not that we have not discussed the other names," Patil said. "But we have stuck to the combination which has done very well abroad. "Not many times we see the Indian team doing well when we tour... we were of the opinion that this is the best combination against New Zealand." The series will mark the start of a bumper home season for India during which they will play 13 test matches. The second-ranked test side in the world will next host England for five tests before Australia tour the country for four test matches. Bangladesh will also play their maiden test in India next year. Kanpur hosts the first match from Sept 22, followed by tests in Kolkata (from Sept 30) and Indore (from Oct. 8). Squad: Shikhar Dhawan, Murali Vijay, Lokesh Rahul, Virat Kohli (captain), Cheteshwar Pujara, Ajinkya Rahane, Rohit Sharma, Wriddhiman Saha (wicketkeeper), Ravichandran Ashwin, Amit Mishra, Ravindra Jadeja, Ishant Sharma, Mohammed Shami, Umesh Yadav, Bhuvneshwar Kumar. -Reuters