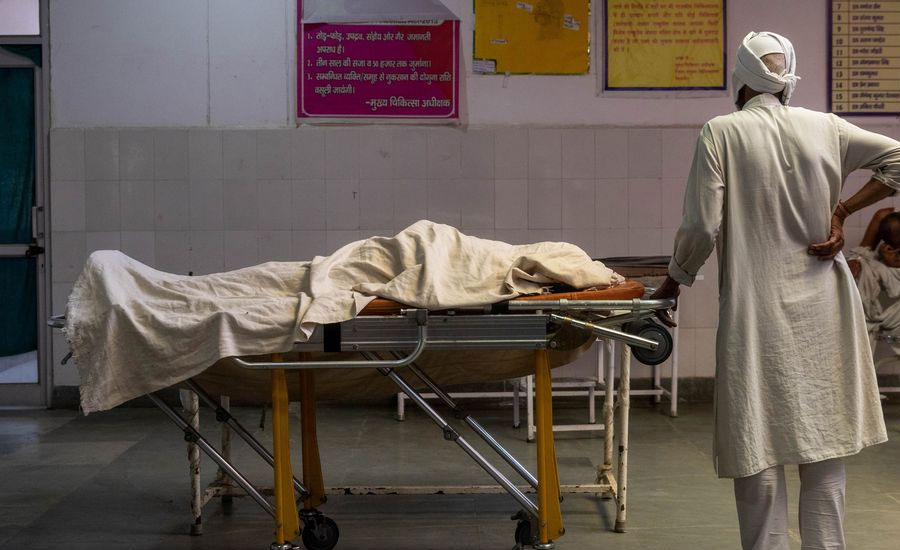 NEW DELHI (Reuters) - India on Wednesday posted a record rise in deaths from COVID-19 over the last 24 hours, pushing its total fatalities past the 250,000 mark.

Deaths from COVID-19 swelled by 4,205, while daily coronavirus cases rose by 348,421, with India's overall caseload now surging past 23 million, according to health ministry data.

The 366,161 new infections and 3,754 deaths reported by the health ministry were off a little from recent peaks, taking India’s tally to 22.66 million with 246,116 deaths as hospitals run out of oxygen and beds and morgues and crematoria overflow.

Sunday's 1.47 million tests for COVID-19 were this month's lowest yet, data from the state-run Indian Council of Medical Research showed. The figure compared with a daily average of 1.7 million for the first eight days of May.

The number of positive results from the tests was not immediately clear, however. Many states have imposed strict lockdowns over the last month while others have placed curbs on movement and shut cinemas, restaurants, pubs and shopping malls.

But pressure is mounting on Modi to announce a nationwide lockdown as he did during the first wave of infections last year.

He is battling criticism for allowing huge gatherings at a religious festival and holding large election rallies during the past two months even as cases surged.

"A failure of governance of epic and historic proportions," Vipin Narang, a political science professor at the Massachusetts Institute of Technology (MIT) in the United States, said on Twitter.

Sonia Gandhi, the chief of the main opposition Congress party, blamed the government for abdicating its responsibility by leaving vaccinations to states, Reuters partner ANI said on Twitter.

Delhi's health minister said the city was running out of vaccines, with just three to four days of supplies remaining of AstraZeneca, made by the Serum Institute of India and branded Covishield, the NDTV news channel reported.

By Monday, the world's largest vaccine-producing nation had fully vaccinated just over 34.8 million, or about 2.5%, of a population of about 1.35 billion, government data shows.