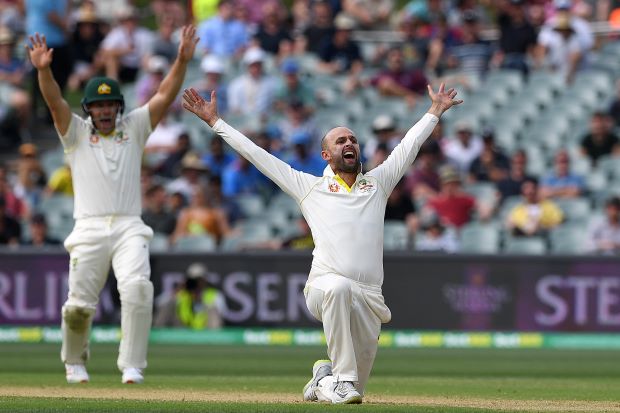 ADELAIDE (Reuters) - India set Australia a 323-run target to win the series-opening Test after being bowled out for 307 in their second innings after lunch on day four on Sunday. Spinner Nathan Lyon finished with six wickets as India’s batsmen collapsed for the addition of only 47 runs after lunch, having resumed on 260 for five on a warm, cloudy day at Adelaide Oval. Paceman Mitchell Starc took three wickets, with Cheteshwar Pujara top-scoring with 71 for the touring side. The highest successful fourth-innings chase at Adelaide Oval was the 315 scored by the hosts against England in 1902.