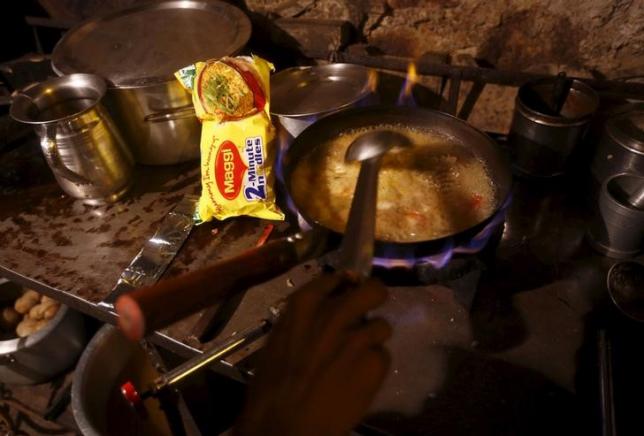 MUMBAI -  India will seek damages of 6.39 billion rupees ($99.3 million) from Swiss group Nestle after a food scare involving reports of excess lead in the firm's popular Maggi noodles forced a nationwide recall, a government official said on Tuesday. Nestle, which has been accused of unfair trade practices, would be the first foreign firm to be asked to pay damages on behalf of consumers, the official said, declining to be named. Reuters reported in June that the Indian government had filed for damages from Nestle. The claim, made on behalf of Indian consumers, was not filed through the courts but with the National Consumer Disputes Redressal Commission (NCDRC), which has semi-judicial powers and will decide on the merits of the case and the size of any damages. Before the NCDRC could agree on the size of any damage, however, the government on Tuesday decided to fix the level of damages at 6.39 billion rupees, the official said. A Nestle spokesman in New Delhi said the company would only be able to "provide substantive response" after it receives an official notice about the complaint filed to the NCDRC. Nestle has been at the center of India's worst food scare in a decade after a regulator in the northern state of Uttar Pradesh in May said it found excess lead in a sample of Maggi noodles. The company withdrew the brand from Indian stores last month and challenged the findings of the Food Safety and Standards Authority of India (FSSAI) at the Bombay High Court. - REUTERS