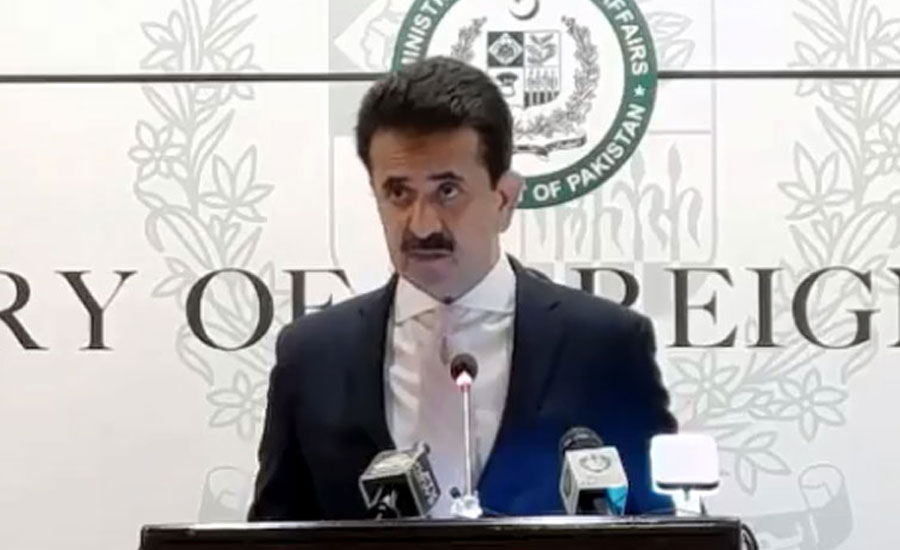 At a weekly media briefing on Thursday, the FO spokesperson maintained that without a solution to the Kashmir issue, meaningful dialogue is not possible with India.

He further said that that the Pakistani government is in touch with Turkish authorities after Pakistani passengers were stranded due to Corona restrictions in Turkey. "The problem will be solved soon," he added.

On Indian Illegally Occupied Jammu and Kashmir, the spokesperson said lives and livelihoods of the Kashmiri people have been severely affected in the aftermath of India’s illegal and unilateral actions of 5th August 2019.

Zahid Hafeez said India continues with its design to change the demographic structure of the occupied territory in clear violation of international law, including the 4th Geneva Convention. He said India has already issued over 3.4 million fake domicile certificates.

The FO spokesperson said India’s gross and systematic violations of human rights in the occupied territory and lack of accountability of the perpetrators have been widely documented by a number of independent Commissions and human rights’ organizations.

Zahid Hafeez Chaudhri said that Pakistan and China have so far completed 19 projects under the umbrella of China-Pakistan Economic Corridor while 28 are under-construction.

He also said both the countries are committed to implementation of CPEC for quality economic growth and enhanced regional connectivity.

On Palestine issue, he said Pakistan believes that a viable, independent and contiguous Palestinian state based on internationally agreed parameters with the pre-1967 borders, and Al-Quds Al-Sharif as its capital is the only way forward to the Palestine issue.