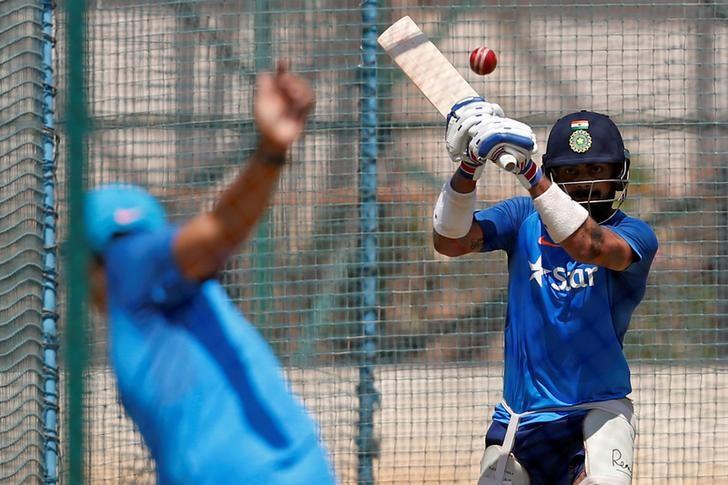 MUMBAI - Star Sports have raised concerns with cricket's governing body that advertisers might steer clear of the Champions Trophy if India opted against competing at the tournament in England, an official from the broadcaster has told Reuters.

At last week's International Cricket Council (ICC) meetings, the Indian board (BCCI) was outvoted 13-1 in its bid to stall a new revenue model which considerably slashes their financial share from global events in the 2015-2023 cycle.

Unimpressed by the $293 million (227.5 million pounds) forecast, down from the $570 million it would have received under a 2014 arrangement, the BCCI responded by refusing to name a squad for the June 1-18 one-day international competition by the April 25 cutoff date.

"There is concern in the market," said the Star India official, who wished to remain anonymous, adding that the broadcaster had paid $1.9 billion for the ICC rights.

"There has been no official communication from the ICC or the BCCI on India's participation.

"We have sent an email to the ICC asking how they plan to compensate us if our business is impacted due to India's pullout."

Rupert Murdoch's Star group owns broadcast rights for 18 ICC global events to be held during an eight-year cycle from 2015, including two 50-over World Cups, two Twenty20 World Cups and a similar number of Champions Trophy events.

India's huge market is a major draw for sponsors and advertisers, who often plan product launches around major cricket tournaments and book advertising slots in advance.

The option of pulling out of the Champions Trophy by revoking the Members Participation Agreement (MPA) between the ICC and the BCCI has been gaining traction within the India board, who will discuss the issue at a special general meeting on Sunday.

The operations of the BCCI are currently being supervised by four court-appointed administrators (COA), who has said it would intervene if the board took any drastic measures which might hurt Indian cricket.

"It is not in the interests of Indian cricket for the BCCI to take any drastic step/measure which may result in breakdown of negotiations between the BCCI, ICC and other cricket boards, especially since there is sufficient time between now and the ICC Conference to be held in June 2017 for a negotiated outcome to be arrived at."

The top eight sides in the world rankings compete in the Champions Trophy and it remains unclear who would replace India, who won the last edition in 2013, if they decide to withdraw. -Reuters