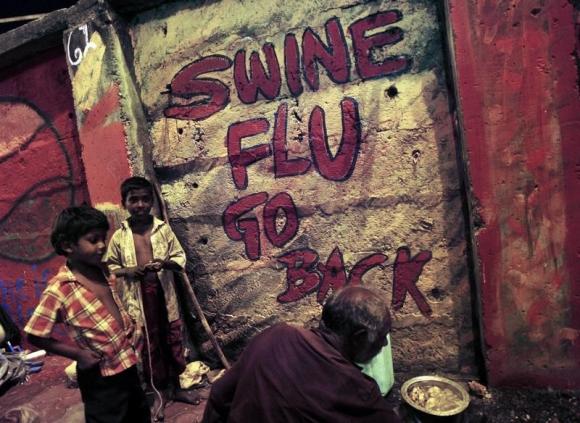 NEW DELHI - India has denied US scientists' findings that the deadly swine flu virus has acquired more virulent mutations in the South Asian country and rejected their concerns over how authorities are monitoring an outbreak of the disease. H1N1 influenza, also known as swine flu, has killed more than 1,500 people in India this year, compared with 218 in 2014. India says the strain is the same as the one that killed an estimated 284,000 people in the global pandemic of 2009-10. Researchers from the Massachusetts Institute of Technology (MIT) said in an article on Wednesday that the genetic information of two Indian strains, deposited in public databases in the past two years, revealed new mutations that could make the virus more deadly. But India's National Institute of Virology said in a statement late on Thursday that the findings were "incorrect". "We found that the strain analyzed in the said publication and the sequence data of the original H1N1 virus ... did not show any of these mutations," the institute said. The government agency also said the strain analyzed by the US scientists had no relevance to the current outbreak. The MIT researchers called for greater surveillance to determine whether the mutations were currently present in India. "There is a real need for aggressive surveillance to ensure that the anxiety and hysteria are brought down," said Ram Sasisekharan, one of the research paper's authors. "When you do real-time surveillance, get organized ... then you can come up with a better strategy to respond to the virus." In recent weeks, India has placed orders to increase the stock of diagnostic kits and procured additional doses of anti-viral drug Oseltamivir. Officials are investigating the cause of the steep rise in deaths. Indian health ministry officials were not immediately available to comment on the MIT article. Some other experts have also contested its findings. "There should be increased surveillance for influenza in India but at the same time we should not draw conclusions based on the sequence analysis of two strains," said Manish Kakkar of the Public Health Foundation of India.