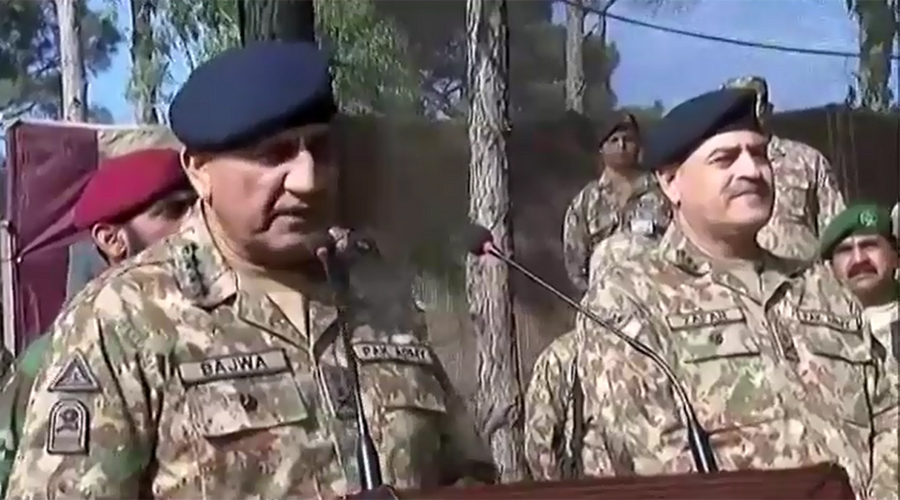 RAWALPINDI (92 News) – Chief of Army Staff (COAS) General Qamar Javed Bajwa said that any Line of Control (LoC) violations will be responded with full force in the most effective manner. He was talking to troops during his visit to Line of Control on Friday. He said Indian aggressive posture solely aims to divert the attention of world community from atrocities being committed in Indian occupied Kashmir. General Bajwa said that the Kashmir issue will have to be resolved between the two countries in line with the UN resolutions and aspirations of the Kashmiri people for lasting peace in the region. On the occasion, he was given a detailed briefing about prevailing security situation at LoC in view of recent violations and escalation by Indian troops According to ISPR, Qamar Bajwa appreciated troops for their operational preparedness and befitting response given to unprovoked Indian firing in violation of ceasefire agreement. The COAS directed the troops to keep highest level of vigil at all times. Lt Gen Malik Zafar Iqbal, Commander of 10 Corps received COAS on arrival at Corps headquarter and later accompanied him during his visit to LoC.