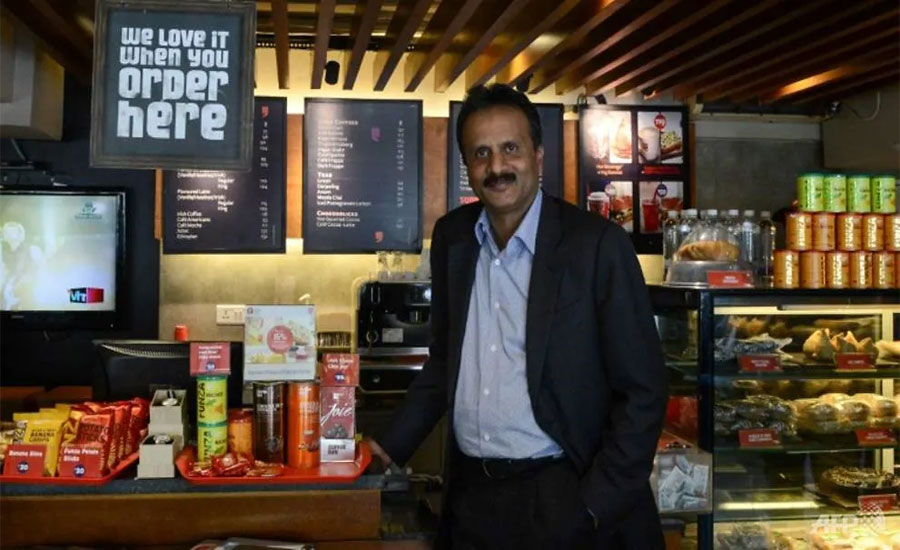 MANGALURU/BENGALURU (Reuters) - Authorities in Southern India recovered the body of coffee baron V G Siddhartha floating in a river on Wednesday, two days after his disappearance sparked speculation that he was under intense financial strain. The recovery of Siddhartha’s body unnerved investors in his flagship listed Coffee Day Enterprises Ltd and sent its shares plunging to an all-time low on Wednesday. Coffee Day Enterprises held an emergency board meeting on Wednesday and named independent board member S V Ranganath as interim chairman. The company has also set up a committee that will be vested with the powers of the chief executive and they will explore opportunities to deleverage the Coffee Day Group. A letter, purportedly written by Siddhartha and addressed to his board and employees, said he “gave up,” blaming an unnamed private equity partner for pressuring him into a share buyback and tax authorities for “harassment” and decisions that caused a liquidity crunch. Siddhartha's letter here also mentioned hidden transactions that even auditors and senior managers were unaware of. Reuters was not able to confirm the authenticity of the letter, which was available on social media and published by local media. While the authenticity of the letter has still not been verified, the board has taken serious note of its contents and will thoroughly investigate the matter, the company said. Shares in Coffee Day hit their lower limit for the trading day and plunged 20% to a fresh all-time low of 122.75 rupees on Wednesday, fresh off the back of another 20% slide on Tuesday. “I think the company, its brand, its franchise has value, if it gets sold to an external buyer,” said Deepak Jasani, a senior vice-president at HDFC Securities. “A lot will depend on whether and when the board or top management takes a call on selling the business or not.”

Siddhartha was travelling to Mangaluru, a port city about 350 km (218 miles) from India’s tech hub Bengaluru, on Monday when he asked his driver to wait for him on a bridge while he went for a walk, according to police. The driver alerted the police when Siddhartha did not return. “We found the body about half a kilometre from the sea,” said Ritesh D’Souza, 34, a local fisherman who helped retrieve Siddhartha’s body. Authorities declined to say whether they were treating his death as suicide or foul play. Siddhartha, 59, was widely recognised for having brought the coffee shop culture to a largely tea-loving India and he was also hailed as one of the country’s early venture capital investors. India’s opposition parties seized on the letter, accusing Prime Minister Narendra Modi’s administration of spooking businesses with heavy-handed tactics. “His is the ugliest example of how agency persecution is wrecking India’s growth story,” tweeted Congress politician Milind Deora. “Hope govt reflects on its anti-business policies!” The government did not immediately respond to a request for a comment on the allegations made by the opposition. The Income Tax department issued a statement on Tuesday saying Siddhartha had failed to disclose some income, and it stressed that authorities’ actions were normal.

Siddhartha, who hailed from a coffee-growing family, opened his first coffee shop in 1996, more than a decade before global coffee shop giant Starbucks (SBUX.O) began its foray into the country. His Cafe Coffee Day chain boasts more than 1,600 outlets servicing a burgeoning middle class. Siddhartha, who owns a direct stake of 32.75% in Coffee Day Enterprises, was also widely seen as a savvy investor who made some prescient early investments in Indian IT service firms such as Infosys (INFY.NS) and Mindtree (MINT.NS) in the 1990s, years before global firms began to bet on Indian start-ups. His flagship entity, however, faced queries recently over outstanding debt, competition from trendier rivals, and scrutiny from tax authorities over unpaid dues. Siddhartha, his family and their holding companies pledged or encumbered about 75.7% of their stake in Coffee Day towards various borrowings. Coffee Day’s 2018 annual report showed Siddhartha had personally guaranteed most of the borrowings. Siddhartha’s letter, which included a list of many assets, stated that the value of the company’s assets outweighed its debts, and these could be use to repay everybody.