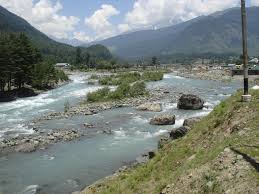 Mian Shahid ISLAMABAD (92 News): India has made preparations to occupy the three western rivers flowing from the Held Kashmir. Water aggression, war mania and violation of agreements are routine matters for India. Ignoring all moralities, India has now hatched a new conspiracy to barren Pakistan. The documents received by 92 News disclosed that Bharatiya Janata Party has tabled a bill in the Lok Sabha to get legal rights of Pakistan’s three rivers. MLA Dr Bhola Singh, in the Nationalization of Inter-State Rivers Bill 2013, suggested that all the rivers emerging from Indian states should be taken into custody. He also suggested in the bill that electricity and water projects should be completed after taking these rives into custody. He said that waters of these rivers should be fully controlled. Experts opine that international community should take notice of the matter as India which is hell-bent on violating the agreements now wants to sabotage the Indus Water Treaty through this bill.