AHMEDABAD (92 News) – Indian extremists party Shiv Sena workers have on Monday tore banners of Pakistani singer Rahat Fateh Ali Khan's concert which is scheduled to be held on April 30. The Shiv Sena workers had on Friday staged a protest against Pakistani ghazal singer Ustad Ghulam Ali in Varanasi. Holding placards in their hands, the protestors took to the streets and raised slogans against the Pakistani singer. 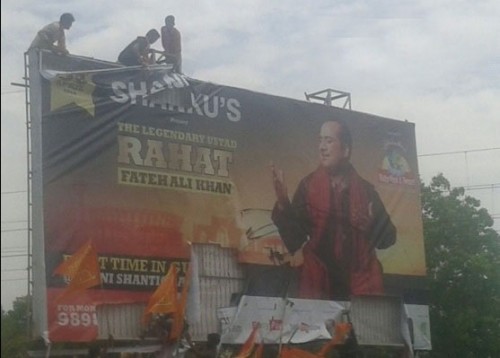 Ghulam Ali is expected perform at the Sankat Mochan Hanuman Temple in Varanasi during the inaugural day of an annual music concert beginning on April 26.