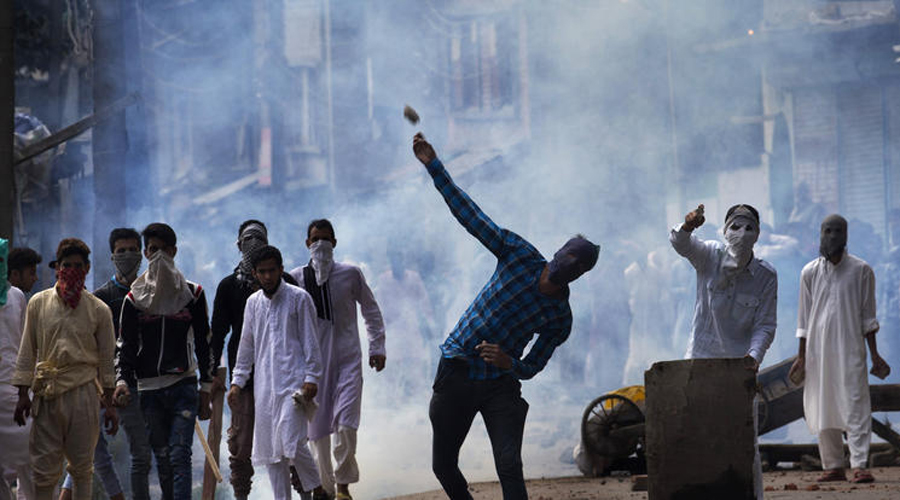 SRINAGAR (92 News) – As the occupation forces continue to commit atrocities in the Occupied Kashmir, Indian forces have on Friday martyred two more innocent Kashmiris in Bandipora district. The Indian police and special operations group (SOG) surrounded Manzpora village and oppned firing killing two innocent Kashmiris on the spot. Meanwhile, forceful protests erupted in Naidkhai as the news about the killing of the youth spread in the area. Hundreds of people took to the streets, raising pro-freedom and anti-India slogans. The protests were going on till reports last came in. More than 115 Kashmiri people have been killed and 15,000 more injured, with hundreds permanently blinded by deadly pellet injuries in protests against the killing of the popular Kashmiri Youth leader, Burhan Wani. The Valley is on a boil following the killing Burhan Wani by the Indian security forces on July 8. More than 100 persons and thousands others have been injured in the clashes that began on July 9. With more than four month-long unrest showing no signs of ending, local authorities have warned people against venturing out in the night and have also instructed shops and businesses to remain shut. Previously, in occupied Kashmir, six civilians including a boy were killed and several others injured due to the firing of Indian forces on peaceful protesters in Srinagar, Budgam and Islamabad districts. Five protesters were killed after security forces fired on protesters in Beerwah area of Budgam district. Another youth from Anantnag district of South Kashmir died during clashes with the security forces today. Dozens of people have been injured in the protests. With these killings, the death toll in the ongoing Kashmir Intifada has risen to 80 in the past 39 days. The intifada was triggered by the extra-judicial killing of the top commander of Hizbul Mujahideen, Burhan Wani, on July 8, this year. Besides killing of 80 people, over 8,000 people have been injured so far due to the firing of pellets, bullets and teargas shells by Indian troops and police personnel on peaceful protesters across the Kashmir Valley.