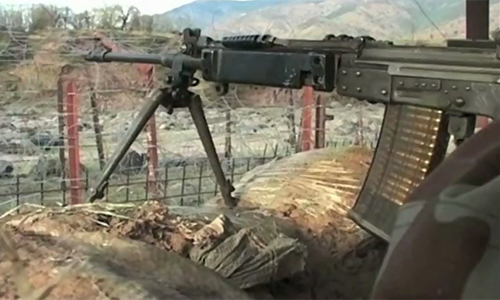 KOTLI (92 News) – The Indian forces resumed unprovoked firing and shelling along the Line of Control (LoC) in in Kotli area of Azad Jammu and Kashmir on Wednesday. The Pakistani forces have given befitting response to Indian aggression few days after Indian Home Minister Rajnath Singh assured visiting Pakistani delegation that India would not fire first bullet. According to reports, Indian forces continued shelling and firing across the border in Kotli on Tuesday due to which one Pakistani soldier embraced martyrdom.