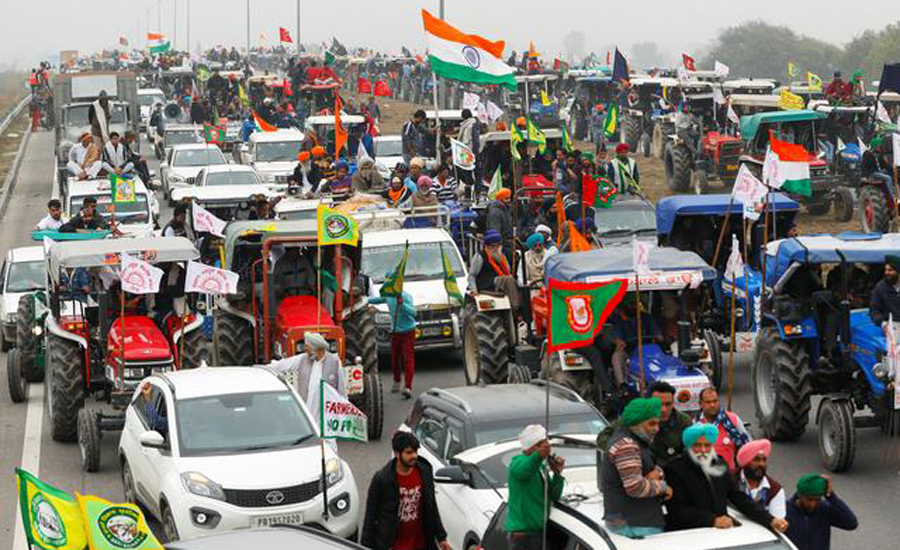 NEW DELHI (Reuters) - The Indian government and representatives of protesting farmers failed to reach an agreement on contentious new agriculture laws on Friday and said they will meet again in a week’s time.

Tens of thousands of farmers have been camped on the outskirts of the capital New Delhi for over a month, calling for the repeal of laws introduced by the federal government, which says the legislation is aimed at modernising the country’s antiquated agricultural sector.

Farm leaders say the laws are an attempt to erode a longstanding minimum support price for their produce and want a full repeal of the laws.

“The government has constantly said that if the unions give any other option besides repeal, then the government will consider them,” agriculture minister Narendra Singh Tomar told reporters after the eighth round of talks between the two sides.

“But despite long discussions, no options were presented today, and that’s why the discussions have ended here.”

The two sides will meet again on Jan. 15, he said.

“There was a heated discussion. We said we don’t want anything other than repeal of (the) laws,” Hannan Mollah, one of the farm leaders who met with the government, told reporters. “We won’t go to any court, this (repeal) will either be done or we’ll continue to fight.”

Mollah added that the protesters would proceed with a rally during India’s Republic Day celebration on Jan. 26 if their demands have still not been met.

The majority of India’s farmers sell their produce largely to small retailers at a much lower price than the government guaranteed price - offered to only a fraction of farmers.

They fear that with the introduction of the new laws, big retailers like Reliance Industries will enter the market to buy their produce at a lower price, while the government may slowly dismantle the current system of procurement at the guaranteed price.

Earlier this week, Reliance asked authorities to help stop attacks on its telecommunication masts by protesting farmers, who say the conglomerate has profited from the reforms at their expense.