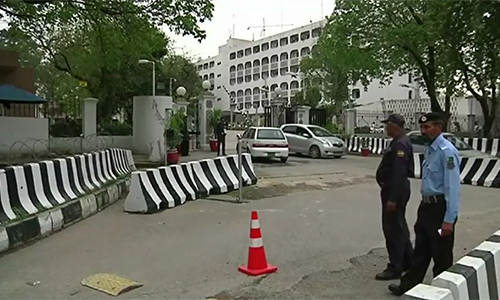 ISLAMABAD (92 News) – The Foreign Office summoned the Indian high commissioner to lodge protest against the violations of ceasefire at Line of Control and martyrdom of Fareeda Bibi. Meanwhile, the United Nation Observer Mission visited the areas affected by the Indian firing in Sialkot. The mission went to Katchi Mand, Mithal, Kheri, Lonhi and Sakhial to assess the losses.