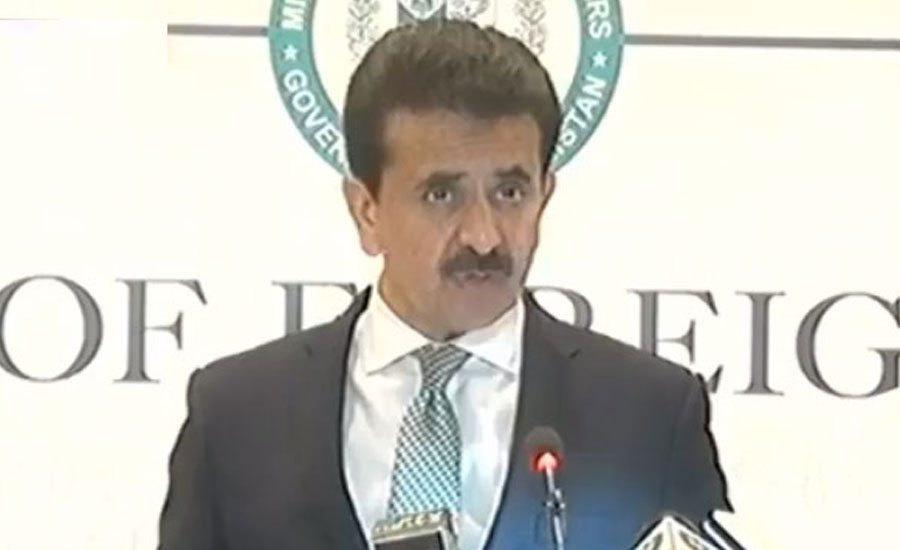 It is noteworthy here that Col Habib had mysteriously gone missing while visiting Nepal for a job interview.

Addressing weekly news briefing on Thursday, the FO spokesperson said that despite repeated contacts with India, no positive response was received regarding abduction the Pakistan Army officer. He also urged the international community to cooperate for rescuing Habib Zahid.

Pakistan calls upon India to rescind all illegal actions in IIOJK

Pakistan has again called upon the Indian government to rescind all its illegal actions and take measures for resolution of the Jammu and Kashmir dispute in line with the relevant UN Security Council resolutions.

Zahid Hafeez said the independent voices continue to raise concerns on the gross human rights violations in IIOJK. He said the European Parliament's Sub-Committee on Human Rights has discussed the serious human rights situation and continued crackdown on civil society and human rights activists in IIOJK and India.

The spokesperson said the UK Parliamentarians have once again condemned human and civil rights abuses of Kashmiri people through military occupation of the region.

Zahid Hafeez Chaudhri said the Editors Guild of India has once again expressed its shock on regular detention of editors of Kashmir based publications by the Indian security forces.