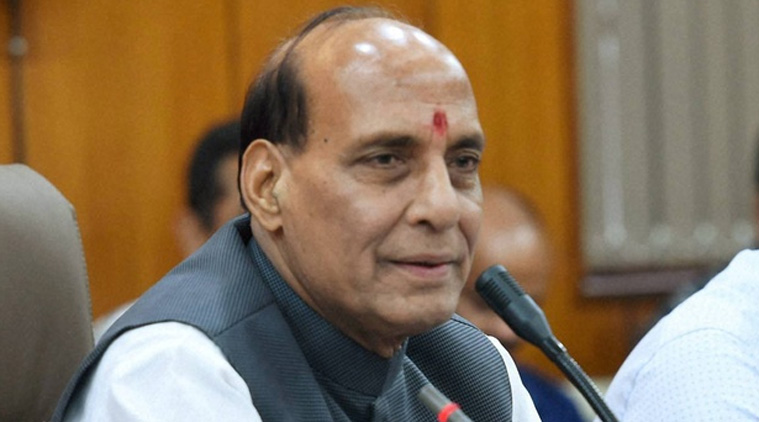 NEW DELHI (92 News) – Indian Interior Minister Rajnath Singh has once again changed his statement regarding the arrest of a Pakistani in Indian Held Kashmir on Thursday. The Indian interior minister Rajnath claime that the preliminary interrogation of the captured terrorist reveal his identity as Mohammad Naveed Yakub alias Usman, a resident of Faisalabad in Pakistan. He also revealed the identity of his slain accomplice as Mohammad Noman alias Nomin, resident of Bhawalpur, Pakistan. Rajnath Singh claimed that the attackers were Pakistanis and the interrogation is under process, adding that two Kalashnikovs, rounds and hand grenades were recovered from them. The interior minister claimed that the interrogation of the apprehended terrorist will reveal their modus operandi, including the details of their infiltration from across the border and their targets.