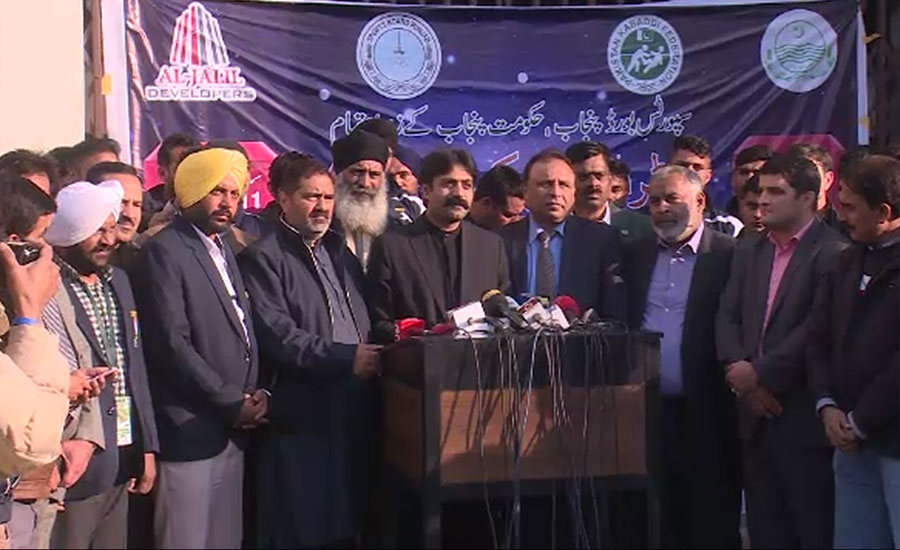 LAHORE (92 News) – The Indian kabbadi team reached Lahore via Wagah Border on Thursday. The Sports Board Punjab and the Pakistan Kabbadi Federation welcomed the team at Wagah Border. The 20-member team will participate in the three-country Kabbadi Championship. Talking to the media, Punjab Sports Minister Rai Taimur Khan said that they will go to cities and villages for the promotion of their cultural game. “It is priority of the government to promote our traditional sports,” he said. Indian kabaddi team manager Kaldeep Singh said that Kabbadi League will also be played like Pakistan Super League. “We have brought the message of happiness,” he said.