NEW DELHI (92 News) – Indian lawmaker Poonamben Madam was injured and taken to a hospital after she fell into a drain in Jamnagar city on Monday. The Bharatiya Janata Party (BJP) leader suffered head injuries in the accident which occurred when she was inspecting a demolition site. There others who fell into the deep drain, along with her were also sustained injures. She was speaking to officials outside one of the housing units when a slab which covered the underground drain and on which she was standing collapsed. All of them were rescued by the fire brigade which was present at the demolition site. 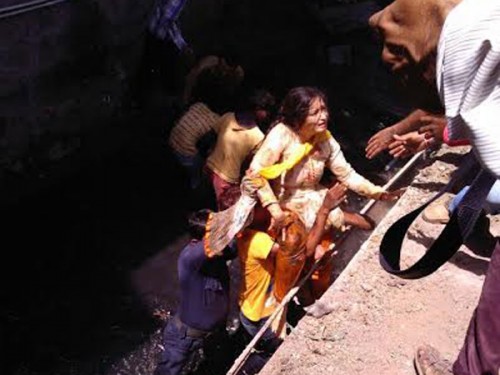