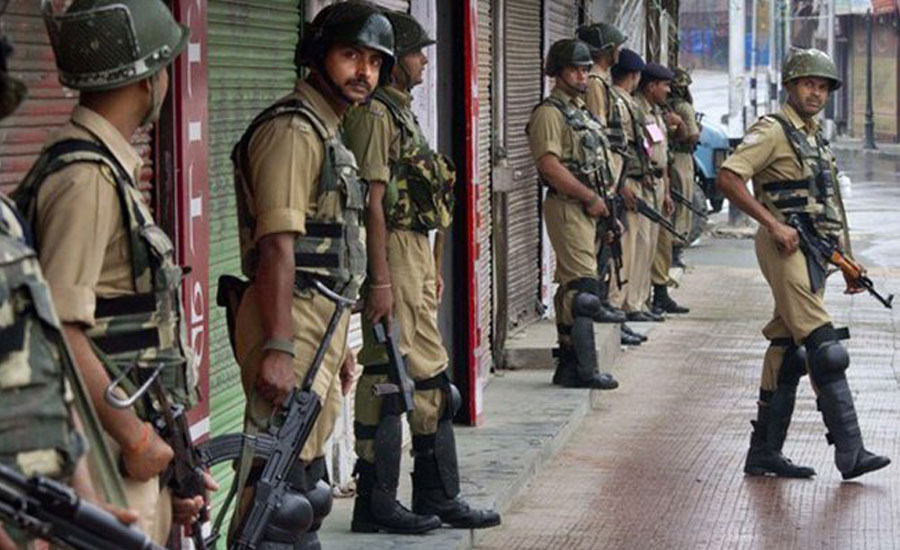 SRINAGAR (92 News) – Indian military’s inhuman siege entered 59th day on Wednesday, today, in Indian Occupied Kashmir (IoK) as internet and mobile phone connectivity continue to remain snapped, shops, schools and offices closed and public transport off the roads. Indian forces’ presence in every nook and corner of the occupied territory has created an atmosphere of fear and terror. All sections of society have been affected by the lockdown as business has come down to zero. Indian paramilitary forces are harassing the residents in Srinagar to rent their properties to the forces’ personnel posted in the territory. Meanwhile, Indian forces have intensified restrictions in the name of surveillance and area domination operations in the territory. Additional security bunkers are being constructed in the Srinagar city and elsewhere in the valley. On the other hand, as a reaffirmation of their resolve to continue freedom struggle against India’s illegal occupation, people have displayed posters at various places in Mendhar town of Poonch district.

Indian troops in their fresh act of state terrorism martyred one more Kashmiri youth in Ganderbal district in occupied valley. The troops martyred the youth during a cordon and search operation in Ganderbal town. The operation which was jointly launched by the Indian Army and paramilitary forces on Friday continued till last reports came in. Seven youth including three in Naranag area of Ganderbal district were killed by the troops on Saturday. Meanwhile, according to the data compiled by the Research Section of Kashmir Media Service, the troops martyred 16 Kashmiris including a woman and two young boys during the last month of September. Of those martyred six youth were killed in fake encounters. The killings rendered one woman widowed and two children orphaned. During the period, 281 people were injured due to the firing of bullets, pellets and teargas shells on peaceful protesters by Indian troops and police personnel. As many as 157 people including Hurriyat activists and youth were arrested. Twenty five residential houses were destroyed during siege and search operations during the month. The Chairman of All Parties Hurriyat Conference, Syed Ali Gilani while appealing to the people of the Kashmir valley, Jammu region and Laddakh to remain united like a rock reiterated that they would never compromise their identity, religion and honour.