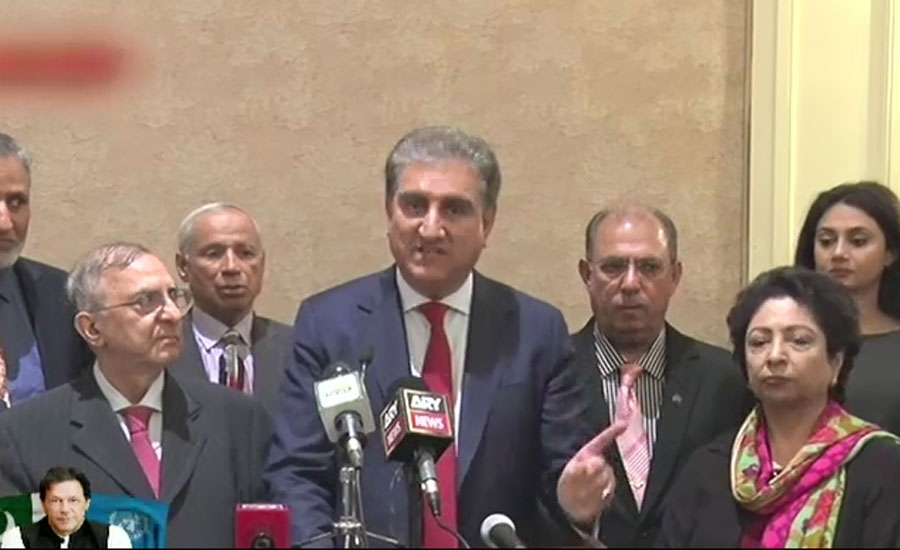 NEW YORK (92 News) - Indian Occupied Kashmir has become the largest-ever prison for Kashmiris, but Modi government has consistently been lying to the world about normalcy. "People of Occupied Kashmir are staging protests despite ban and amid closure of schools, transport and communication channels," said Foreign Minister Shah Mehmood Qureshi while speaking at a press conference in New York on Sunday. The FM was flanked by Kashmir leaders. Qureshi said Modi was pretending that situation in the Occupied Kashmir has normalized, but the fact that the life is paralyzed in the entire valley as India has created an atmosphere of fear. "The height of inhumanity cane be seen in the valley where people are unable to reach hospitals because of transportation suspension. Similarly schools are closed as empty schools buses are seen on roads." He said Kashmiri leaders have already conveyed to the world leaders about exact situation in the valley before Prime Minister Imran Khan's address to the UNGA. The FM said an appeal has been filed with the UN to appoint special representative on situation of the Occupied Kashmir. Qureshi said foreign media and civil society are exposing the cruel intentions of India. Kashmir leader Ghulam Nabi Fai, speaking to reporters, thanked Pakistani Prime Minister Imran Khan for highlighting Kashmir across the globe. Quoting people coming from the Occupied Kashmir, he said RSS members were present there and according to his information around 50,000 RSS members have been sent to the valley. He said Indian atrocities in the occupied valley are clearly visible in front of the world, adding the matter will be taken up in the session of the United Nations General Assembly (UNGA) in a befitting manner. Fai said he supported the stance of Shah Mehmood Qureshi. https://www.youtube.com/watch?v=nyQz-raDjRI