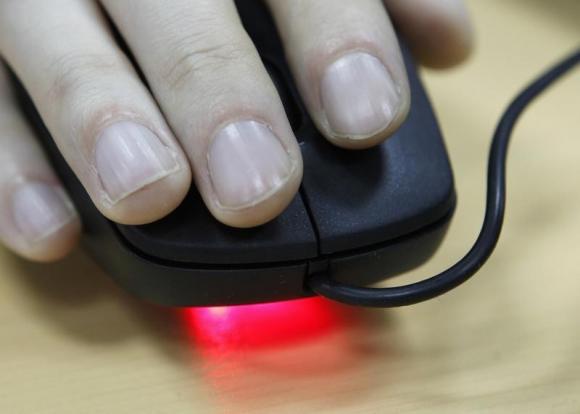 NEW DELHI – India's top court struck down a law on Tuesday that gave authorities powers to jail people for offensive online posts, a verdict hailed as a victory for free speech in the world's largest growth market for the Internet. Section 66A of the country's Information and Technology (IT) Act was challenged in the Supreme Court by law students, bloggers, writers and rights groups following arrests across the country for statements posted on social media sites. Justices Jasti Chelameshwar and Rohinton F. Nariman in their order said they found "the law hit at the root of liberty and freedom of expression". "Our Constitution provides for liberty of thought, expression and belief. In a democracy, these values have to be provided within constitutional scheme. The law (Section 66A) is vague in its entirety," they said. The petitioners argued the "draconian law" introduced in 2008 by the last government was misused by politicians to hound critics. Facebook, Twitter and Google did not immediately comment on the ruling but the Internet and Mobile Association of India, a trade body, said the ruling protected consumers and businesses. "This judgement will herald a new phase in the growth and evolution of the Internet inIndia," the group said in a statement that also hailed a separate part of the judgement that makes it harder to force websites to take down content. Both local and foreign Internet companies have in the past faced pressure for hosting content deemed offensive in India, which Google predicts is scheduled to overtake the United States as having the world's largest number of web users by 2018. Last week, police in the northern state of Uttar Pradesh picked up a 16-year-old boy from his school for allegedly posting an insulting remark about a powerful regional politician, the latest victim of a law that was also used to jail a cartoonist in Mumbai. "It is a big relief. My daughter was accused of posting offensive remarks and was arrested. I don't think expressing one's views is a crime," said Farooq Dhada. Shaheen Dhada became a national celebrity after she questioned a labour shutdown after the funeral of a powerful local politician in 2012. Her friend Renu Srinivasan 'liked' the post and both were arrested. –Reuters