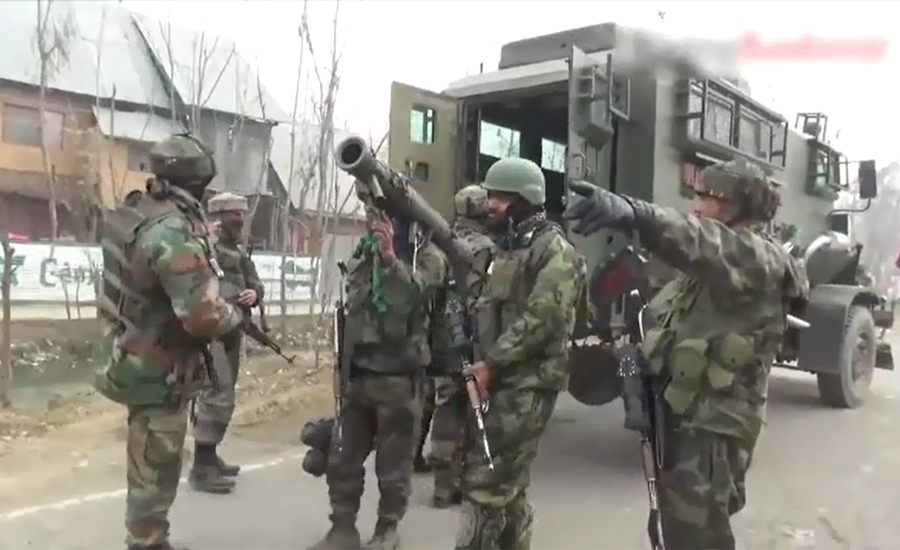 SRINAGAR (KMS) – In Occupied Kashmir, Indian troops in their fresh acts of state terrorism martyred four youths and injured several others in Tral area of Pulwama district on Thursday. The troops killed the youths during a cordon and search operation in Gulshan Pora area of Tral. The killing triggered massive anti-India demonstrations in the area. Over a dozen youths were injured after the troops fired bullets, pellets and teargas shells on the protesters in Gulshan Pora and Batagund areas of Tral town. An eyewitness said that at least six youths were injured by pellets fired by the troops on the protesters. Meanwhile, the occupation authorities suspended internet service in Tral, Awantipora, Pampore and other areas of Pulwama district.