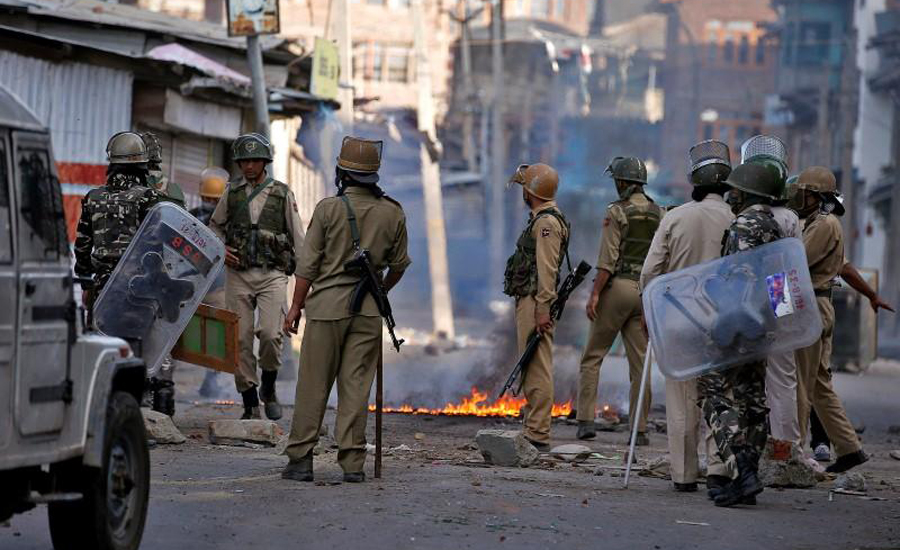 SRINAGAR (92 News) – Indian troops, in their fresh act of state terrorism in the Occupied Kashmir, martyred four Kashmiri youths in Rajouri district on Wednesday. According to the Kashmir Media Service, the youths were killed by the troops during a siege and search operation at Ravarian Talla village in Sunderbani of the district. In the meantime, three youths were injured after clashes erupted during a search operation by Indian forces in Pulwama district on Wednesday. Reports said that youth took to streets and pelted stones on the forces during a cordon-and-search-operation (CASO) in Palpora village of the district.