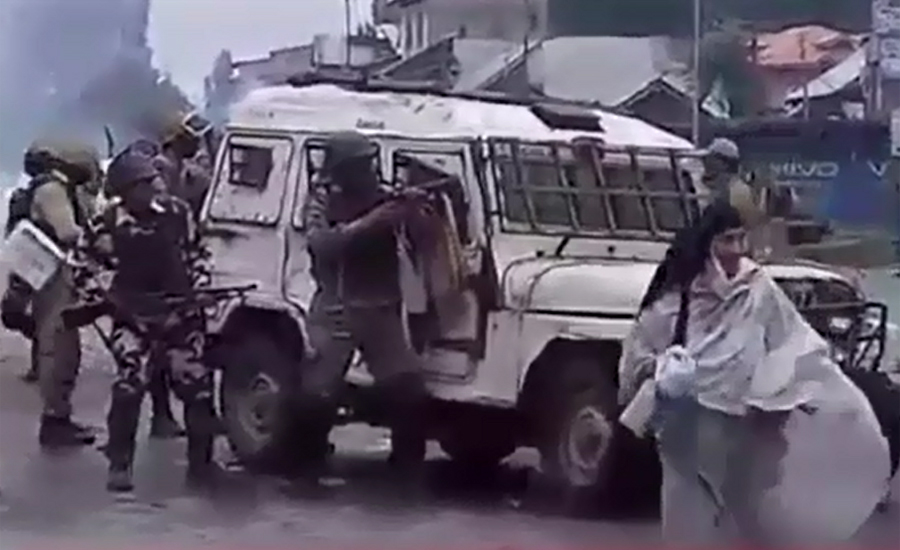 SRINAGAR (KMS) – In Occupied Kashmir, Indian troops in their fresh acts of state terrorism martyred four Kashmiri youths in Kulgam and Pulwama districts on Tuesday. During cordon and search operations, the troops killed three youths at Redwani in Kulgam and one in Tral area of Pulwama. Earlier, an Indian soldier was killed and two others were injured in the attack in Redwani. Meanwhile, people took to the streets in Redwani and its adjoining areas. In Kulgam town, they staged demonstrations against the killing of the youth. Indian police and troops fired pellets and teargas shells to disperse the protesters, triggering clashes between the demonstrators and the forces’ personnel. Several protesters were injured during the clashes. The occupation authorities have snapped the mobile internet services in the district while train service also remains suspended in the occupied territory.