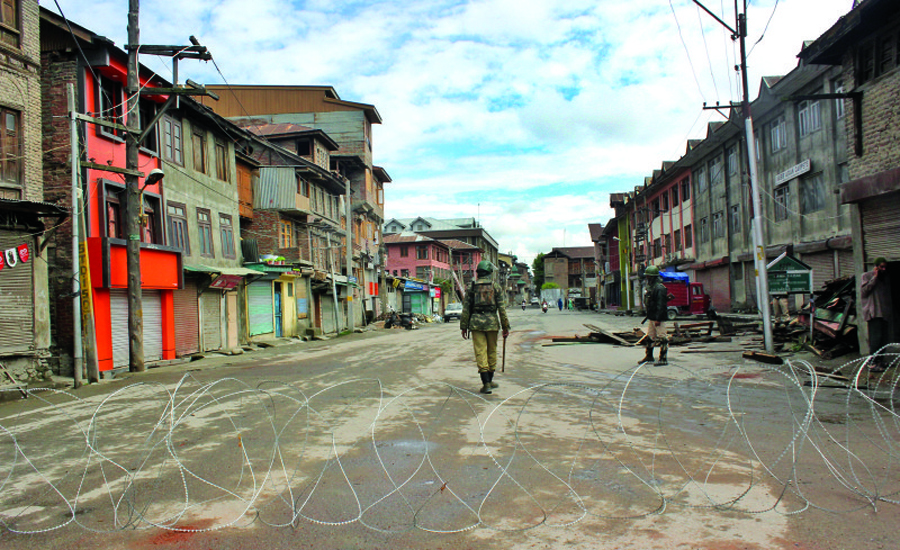 SRINAGAR (KMS) – In occupied Kashmir, Indian troops in their fresh act of state terrorism martyred one Kashmiri youth in Budgam district, today. The youth was killed during a violent cordon and search operation launched jointly by Indian Army’s 53 Rashtriya Rifles, Central Reserve Police Force and Special Operation Group at Bugam in Chadoora area of the district. Soon after the killing, the occupation authorities suspended Internet services in Budgam district. The operation was going on till last reports came in. Meanwhile, the authorities imposed draconian law Public Safety Act on one Ubaid Rashid Mir in Shopian and shifted him to Kot Bhalwal Jail, Jammu. Ubaid, according to the police officer, was arrested in February 2018 and was booked under the PSA one after another.