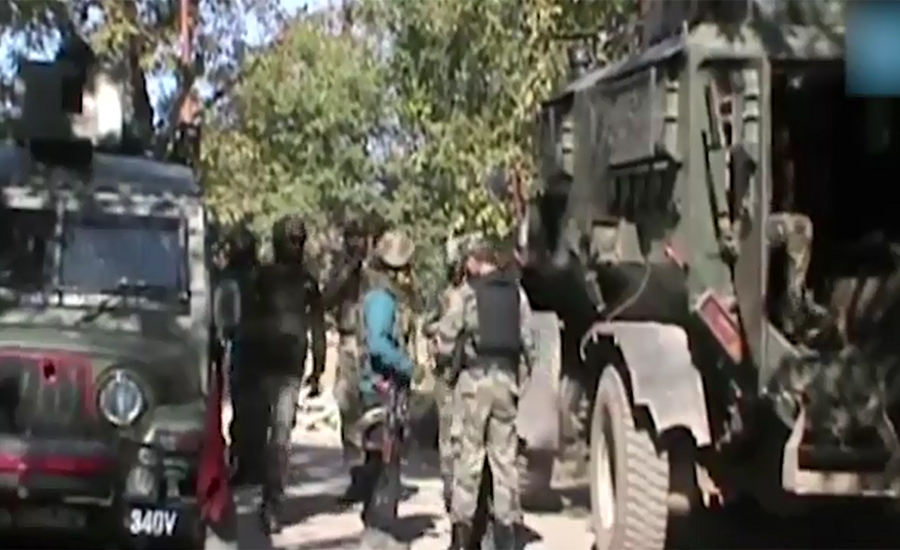 SRINAGAR (KMS) – In Occupied Kashmir, Indian troops in their fresh act of state terrorism martyred three youths in Kupwara and Jammu districts on Tuesday. The troops during cordon and search operations killed two youth at Keran in Kupwara and one in Akhnoor area in Jammu. Complete shutdown was observed in Tral area of South Kashmir’s Pulwama district and protests were held in North Kashmir’s Bandipora against the anti-people policies of the Indian authorities. Hundreds of people took to streets in Tral and shouted slogans against the Indian occupied forces. Massive protests were staged at Tral main market. Meanwhile, people from several villages of north Kashmir’s Bandipora district also staged a protest demonstration. Residents of Mantrigam, Dharmaha, Guzerbal, Sheikhpora and other areas. Meanwhile, Hurriyat Forum Chairman Mirwaiz Umar Farooq has said that India is enacting the drama in the name of panchayat elections to mislead the international community. Addressing thousands of devotees at the Urs of Khwaja Naqshband Sahib (RA) at Khwaja Bazar in Srinagar, he said that right from 1947, Kashmiri people have never believed in the exercise, conducted in the presence of tens of thousands of Indian forces’ personnel aimed at granting legitimacy to New Delhi’s illegal and forcible occupation over Jammu and Kashmir. He advised India to accept the ground realities in Kashmir instead of continuing with its policy of obduracy in the territory. Tehreek-e-Hurriyat Jammu and Kashmir Chairman Mohammad Ashraf Sehrai, in a statement, strongly condemned the fresh spree of arrest of Hurriyat leaders and activists under draconian Public Safety Act including party’s Bandipora President Danish Mushtaq. He also condemned police raid on the residence of party’s Baramulla President, Mufti Abdul Ahad.