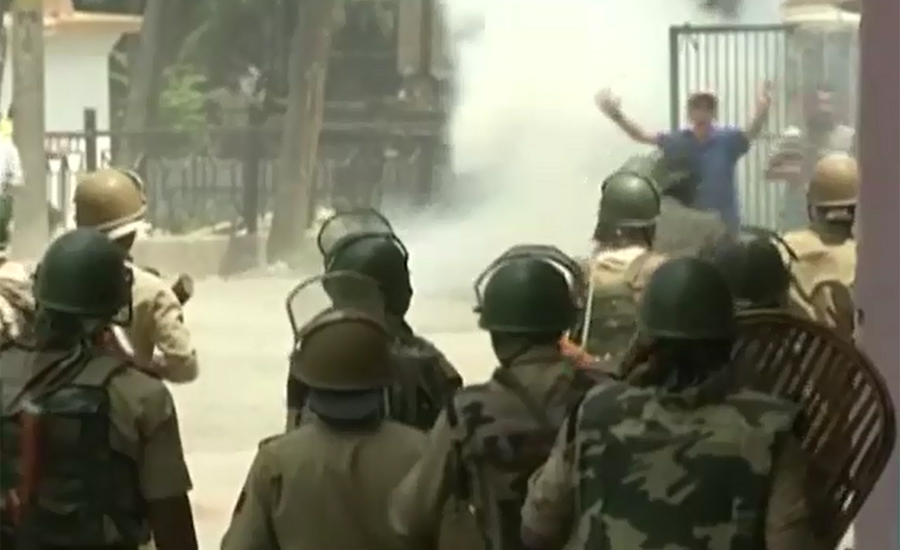 SRINAGAR (KMS) – In Occupied Kashmir, Indian troops in their fresh act of state terrorism martyred two Kashmiri youths in Sopore on Thursday. The troops martyred the youths during a cordon and search operation in Gund Brath area of the town. The martyred youths were identified as Tahir Ahmad Dar of Sadipora and Awais Ahmad Butt of Gund Brath areas of Sopore. Meanwhile, the occupation authorities have suspended mobile Internet services in the town. Indian troops also launched a cordon and search operation in Trenz, Dearpora and Malikgund areas of the Shopian district.