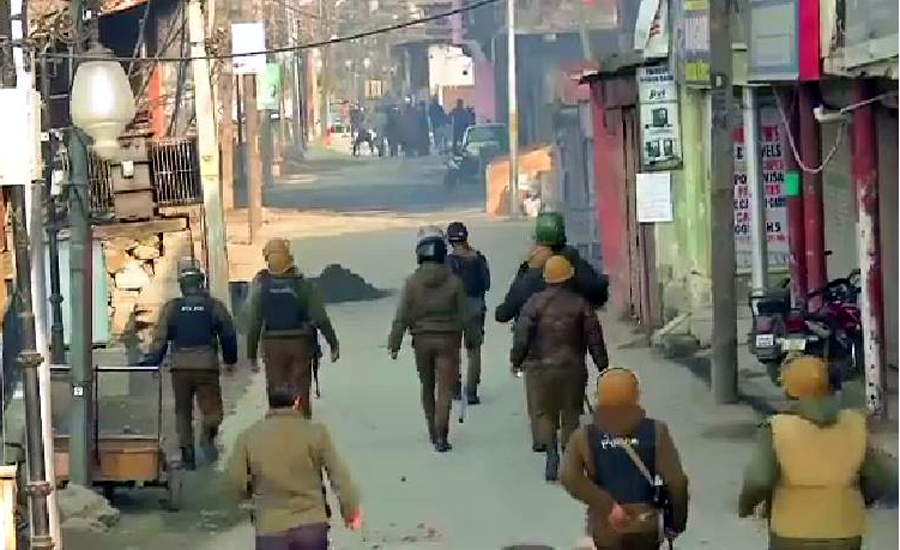 The troops martyred the youth during a violent cordon and search operation in Srigufwara area of the district.

A senior Indian police officer claimed that the youth were mujahideen and were killed in a clash with the troops. The occupation authorities suspended internet service in the district to prevent dissemination of information about the brutalities of Indian forces in the area.

The cordon and search operations were also conducted in different areas of Pulwama and Shopian districts. The troops continued frisking and harassment of people in Srinagar, Tral and other towns of the territory.

Meanwhile, Jammu and Kashmir People’s Movement Chairman Mir Shahid Saleem said that India under divide-and-rule policy is conspiring to weaken the freedom movement by pitching one segment of the society against another in different names. He advised people to remain cautious of the trap laid down by the Indian secret agencies. Jammu and Kashmir Salvation Movement Chief Patron Zafar Akbar Butt in a statement said that the sacrifices rendered for freedom of Kashmir would not go waste.