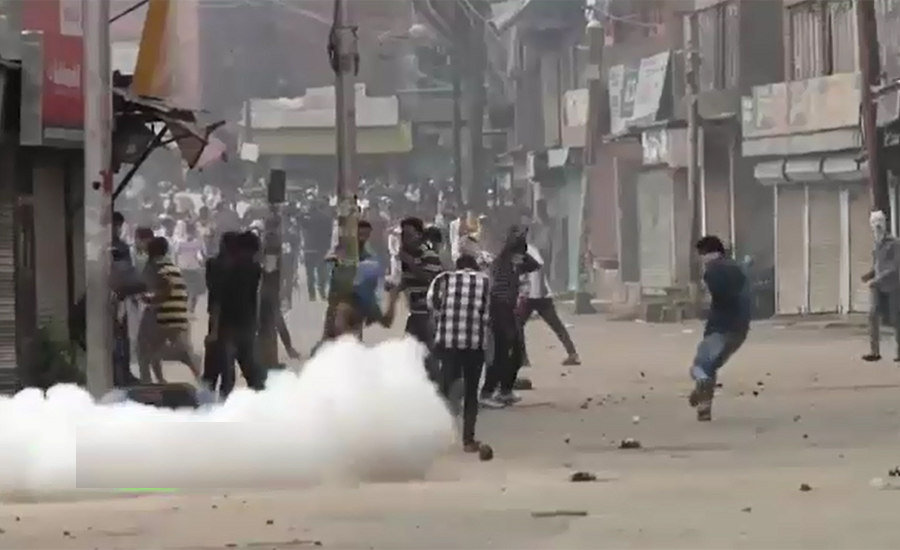 SRINAGAR (92 News) – In Occupied Kashmir, Indian troops in their fresh act of state terrorism martyred two Kashmiris in Pulwama district on Friday. The troops killed the Kashmiris during search operation in Baba Mohalla area of Pulwama district in early morning. Meanwhile, despite snowfall and rains people took to the streets in the area and staged forceful demonstrations against the killing of the kashmiris. Indian police and troops fired pellets and teargas shells to disperse the protesters, triggering clashes between the demonstrators and the forces’ personnel. The authorities have snapped mobile Internet service in the area.