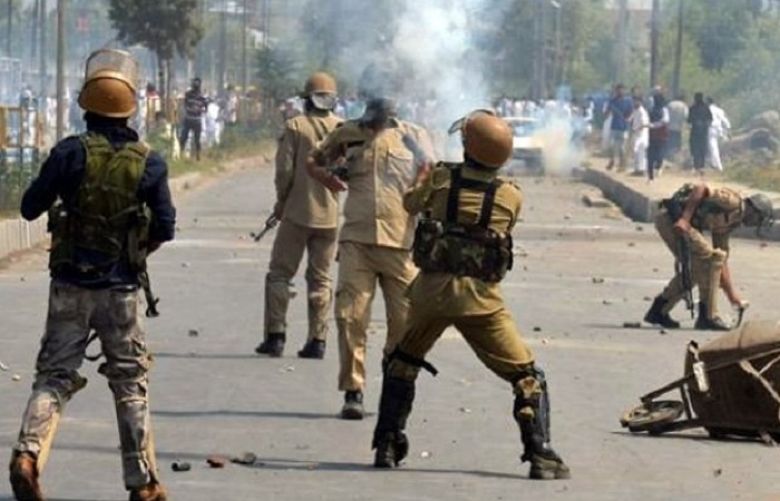 SRINAGAR (92 News) – In Indian-held Jammu Kashmir, Indian troops in their fresh act of state terrorism martyred two more Kashmiri youth in Bandipore district, on Thursday. The troops killed the youth during a continued military operation in Panar area of the district. The operation is going on for the past six days. Earlier on Sunday, in Indian-held Jammu Kashmir (IJK), Indian troops martyred six more youths during a fresh act of state terrorism in Kupwara district. The youth were killed in a siege and search operation in Keran area of the district, early morning. The killing of youth came at a time when the Indian government had announced a so-called ceasefire in the occupied territory. In a statement issued, Tehreek e Hurriyat IJK chairman and senior leader of the All Parties Hurriyat Conference Muhammad Ashraf Sehrai said that occupation authorities were victimizing people for their involvement in pro-freedom activities.