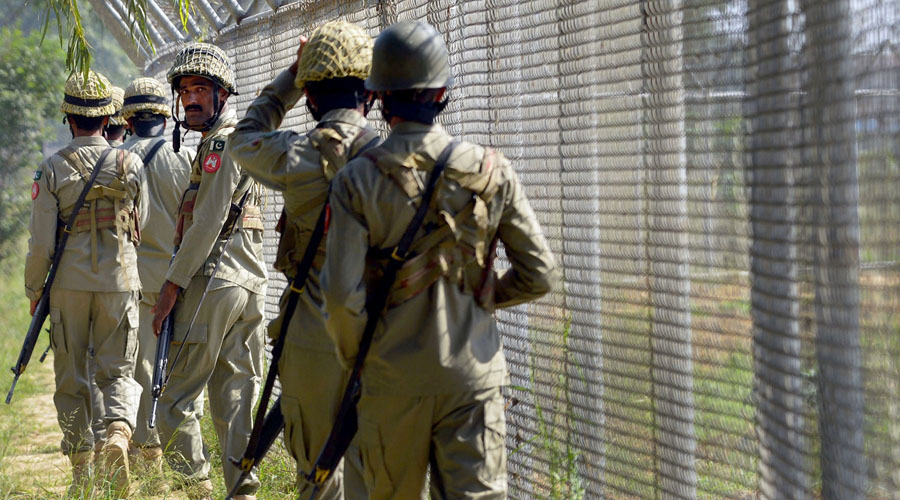 RAWALPINDI (92 News) – Indian troops yet again resorted to unprovoked firing after midnight at the Line of Control in Azad Jammu and Kashmir (AJ&K) Samahni sector and Pakistani troops befittingly responded. In a statement issued by the ISPR, an exchange of fire started at 04:00am in the wake of the Indian aggression, which is still continuing. However, befitting response from Pakistan army silenced the Indian guns. Indian troops also restored to unprovoked firing on Neza Pir sector at Line of Control. Earlier, Indian forces resorted to unprovoked firing at Iftikhar Abad sector at Line of Control. The exchange came after attack on an army camp in the Kashmir town of Baramulla late on Sunday. The spike in tensions between the two nuclear-armed rivals follows weeks of deadly protests in Kashmir. More than 100 civilians have been killed, mostly in clashes with forces during protests against Indian rule, in the worst violence in the region since 2010. On September 18, at least 19 Indian soldiers were killed in an attack on the Uri army base, which India blamed on Pakistan-backed fighters. The escalation on both sides of the border could spiral out of control if the situation is not discussed by both countries, according to a retired Pakistan army official.