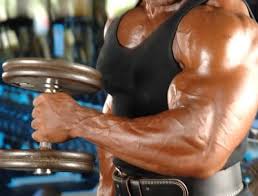 NEW DELHI - The Indian Weightlifting Federation will suspend at least three of its regional units after 21 lifters tested positive for banned substances over the last 12 months, the IWF secretary told Reuters on Monday. The majority of the lifters who failed drug tests hail from Delhi, Punjab and Haryana and have been provisionally suspended pending the results of their B sample tests, IWF secretary D. Chandrahas Rai said by telephone. The lifters were tested by the IWF or the national anti-doping agency during five domestic tournaments and also out-of-competition. "Majority of them are from the north Indian state units. We have decided a two-year suspension for units with two or more lifters who fail the B test as well," he said. "The guilty lifters will be suspended for four years and there will be a two-year ban on their coaches. Nobody will be spared," Rai added. The IWF did not disclose details about the banned substances used but revealed the tainted lifters included 2006 Commonwealth Games gold medallist Geeta Rani. - Reuters