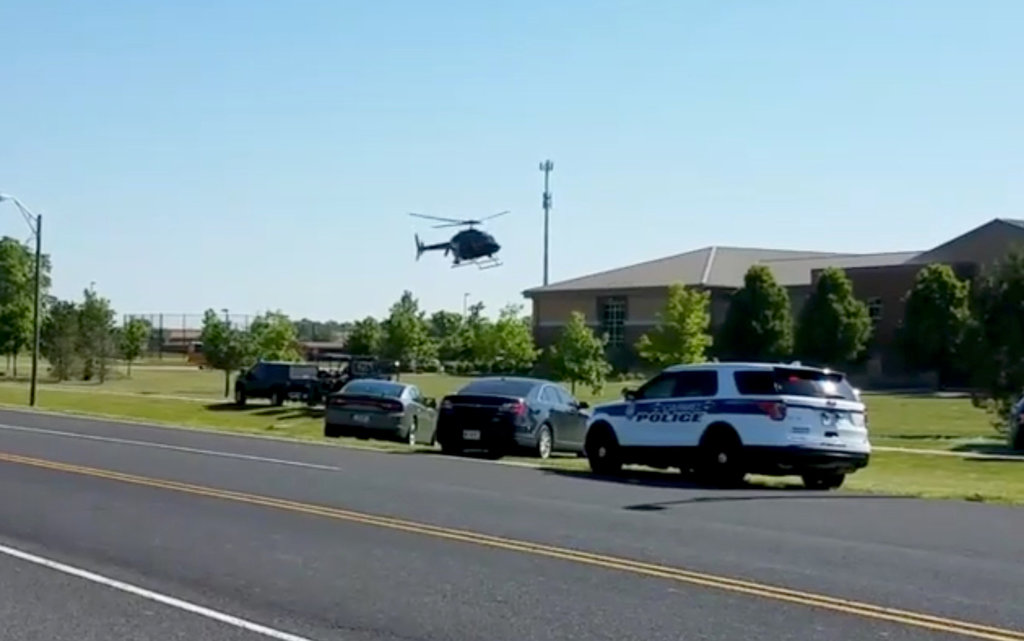 WASHINGTON (Reuters) – A student armed with two handguns shot a teacher and another student at a school in Indiana, and media reports said the teacher swatted away the shooter’s guns and wrestled him to the ground, protecting others in the classroom. The incident at Noblesville West Middle School was the latest in a series of shootings at US schools and colleges fueling debate about how to keep campuses safe. The suspect had excused himself from class and came back armed with the pistols and opened fire in a science class, authorities said. Police apprehended him in the classroom. “We do know the situation resolved extremely quickly,” Police Chief Kevin Jowitt told reporters in Noblesville, which is about 25 miles (42 km) northeast of Indianapolis. A police guard at the school responded to the shooting, and other law enforcement officers arrived within minutes, police said in a statement. The wounded teacher was identified as Jason Seaman, 29, and the statement said he was in good condition. The girl was not named, and police said she was in critical condition at an Indianapolis hospital. Although police gave no further details, witnesses told local media that a 13-old-girl was shot and that Seaman, a science teacher, knocked the guns away and wrestled the suspect to the floor despite being wounded. Seaman’s mother, Kristi Seaman, said on Facebook that he was shot through the abdomen, in the hip and in the forearm and was doing well after surgery. Seaman himself thanked police and medics and said he was “doing great” in a separate statement. “To all the students you are all wonderful and I thank you for your support. You are the reason I teach.” The Indianapolis Star newspaper said Seaman was the married father of a toddler son and a 1-month-old daughter. Student Austin Duncan told local broadcaster WTTV that occupants of his classroom barricaded a door and huddled together while a teacher grabbed a baseball bat for protection. “All of us were crying, texting our loved ones, texting our friends,” Duncan said. Indiana Governor Eric Holcomb said about 100 State Police had been made available to work with local authorities. “This is as close to a textbook response as it could have been,” he said at a news conference. The shooting occurred a week after a high school student in Santa Fe, Texas, shot and killed eight classmates and two teachers.