India's Ashwin ready to 'bore' and succeed against Windies 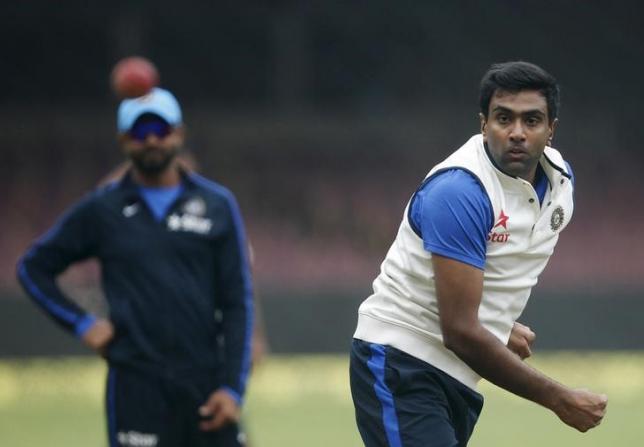 India's Ashwin ready to 'bore' and succeed against Windies

MUMBAI - The slowness of the tracks in West Indies has convinced India off-spinner Ravichandran Ashwin that the only way to succeed in the four-test series is by being "as boring as possible". The 29-year-old will spearhead a relatively young Indian attack which also includes leg-spinner Amit Mishra and spinning all-rounder Ravindra Jadeja. "From whatever I saw in the last game, the wickets are pretty slow," Ashwin told the Indian cricket board website. "I will have to be prepared for a long haul and try and be as boring as possible, in terms of trying to plug away all day long. "If the wickets are going to be tailormade for us and starts spinning, we'd come into our own. It's all about patience." India play a second tour match in St Kitts before moving to Antigua for the first test from next Thursday, while Jamaica, Gros Islet and Trinidad host the subsequent matches. Ashwin, who was part of the Indian team that won a tri-nation series in the Caribbean in 2013, does not expect much assistance from any of the surfaces. "The first couple of days, probably even three days of the test match, there's not going to be a lot in it for the spinners," said Ashwin, who has played 32 tests for India, taking 176 wickets. "There might be a little bit of bounce or little bit of slowness in the wicket that you can exploit, but it's got to be pretty boring lines and lengths and keep teasing with your flight. We're pretty much ready for it." Ashwin takes "a lot of pride" in being the leader of the pack and said he has learnt quite a lot since former spinner Anil Kumble took over as the new India coach last month. "He has brought in a lot of energy and meticulousness," Ashwin said of the former India captain who begins his year-long tenure with the West Indies tour. "He has already started bowling in the nets, which is something I pick out notes from. So far, he has provided me with a lot of confidence and a lot of responsibility. "It's been more of giving me the license to try and express myself, which is something I really relish." -Reuters