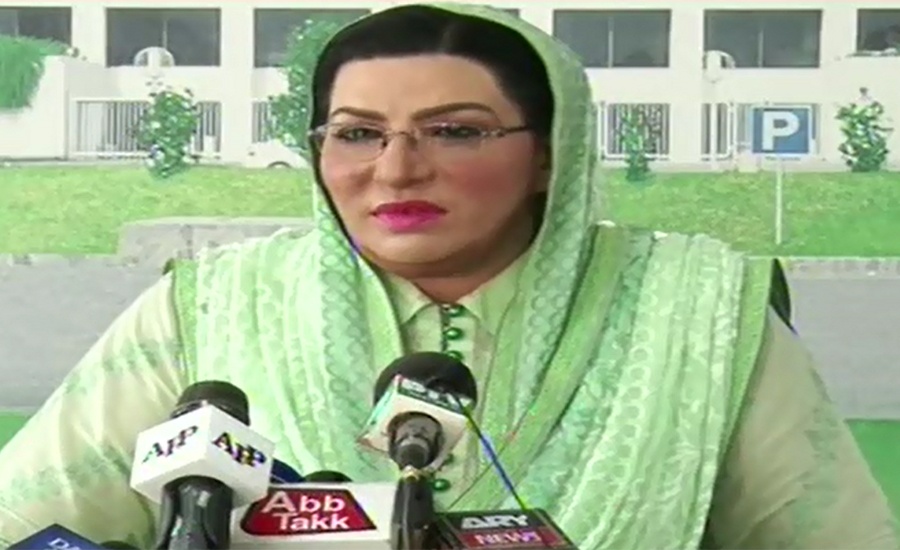 ISLAMABAD (92 News) – Special Assistant to Prime Minister on Information and Broadcasting Firdous Ashiq Awan has said that India’s sinister face has been exposed before the world. Addressing a press conference on Monday, she said that peace cannot be established by blocking the struggle of the Kashmiris. “India has put the peace of the region at stake. It has emerged an enemy of progress in the region,” he said. Firdous Ashiq Awan said that India had already rejected a piece of paper of India. “Pakistan will continue its diplomatic support for Kashmir and will take all steps at the international level,” she said. She said that Kashmiris are rendering great sacrifices for their struggle. “The Indian one-sided act is blatant violation of the US resolutions. Kashmiris are calling the human rights organizations and international powers for help. This step has unveiled the fake secularism of India,” she said. The special assistant said that Pakistan will continue political, moral and diplomatic support for Kashmiris. “India took a cheap step to take the Kashmiris hostage.” She thanked the media for highlighting injustice being meted out to Kashmiris. “We will never leave the Kashmiris alone,” she added. Meanwhile, Special Assistant to Prime Minister on Information Firdous Ashiq Awan has said that Pakistan will continue extending moral, diplomatic and political support to the Kashmiris until they achieve their right to self-determination under the UN Security Council resolutions. In a series of tweets on Monday, the special assistant said that India must not forget that the nation understanding struggle for its just cause cannot be defeated by any gun, tyranny or conspiracy. She said the international community will have to prove its respect for democracy by supporting Kashmiris. Firdous Ashiq Awan said OIC's support to the people of occupied Kashmir for their right to self-determination is another defeat of tyrant and law violator India. The special assistant said expression of solidarity with the oppressed Kashmiris by the Indian atrocities is a message for the international community that it should play an immediate and effective role for resolution of the Kashmir dispute. She said OIC has testified that Indian army is using cluster ammunition against innocent citizens along the Line of Control, and the United Nations, peace loving nations and the international community should take its notice.