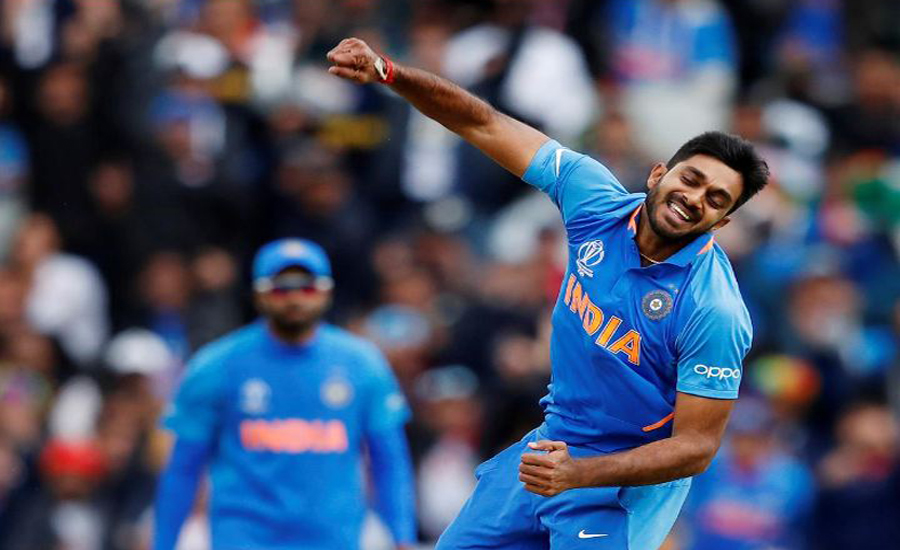 BIRMINGHAM, England (Reuters) - India all-rounder Vijay Shankar has been ruled out of the rest of the Cricket World Cup with a toe injury, the team said on Monday.

The ICC has approved right-handed batsman Mayank Agarwal as a replacement for Shankar following a request by the Board of Control for Cricket in India.

“Vijay Shankar sustained a non displaced fracture of the left big toe, which will require a minimum of three weeks to heal,” the team said in a statement. “The injury rules him out of the ongoing World Cup.”

Originally picked to bat at number four, Shankar has made scores of 15 not out, 29 and 14 in his three matches in the World Cup.

The injury kept him out of the team’s first loss in the tournament against England on Sunday.

Rishabh Pant batted at number four in that match, having joined the team as replacement for injured opener Shikhar Dhawan.

Agarwal made his test debut against Australia in December but has not played for India in limited-overs cricket.